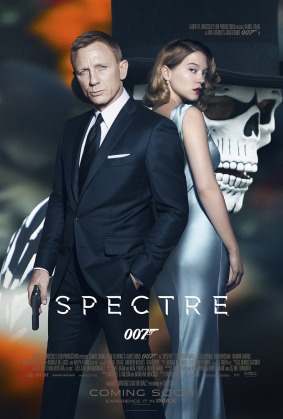 What’s up Ladies and Gents, I bring to you today the new James Bond Film “Spectre” All weekend I was trying to see this movie, but it kept feeling like something didn’t want me to see it but I finally made myself go see it Monday night. Now First off I have to say I am a huge James Bond fan, I always try to watch the movies since Sean Connery days. Now before the movie came out I saw a few speculations people were saying how this movie needs a certain amount of money to break even in the box office for what they spent. Now with that being said I already came to the conclusion this mean a lot of people don’t have high expectations for this movie or most people have high hopes but expecting less, since most of us know this is most likely Daniel Craig’s last Double 007 movie. Might I add he is honestly one of the best James Bond 007 agents I’ve seen. 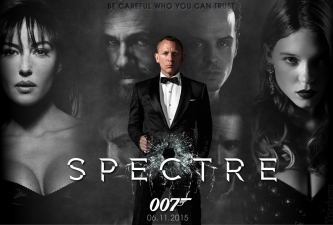 I honestly truly enjoyed this movie, I heard a few people say it wasn’t as good as the other ones, but better than Skyfall. You could tell this was the last James Bond movie in the whole little franchise for this era. I say that because of even the opening credits, you saw old clips from Casino Royale, Quantum of Solace and Skyfall so it just had that feeling like this was the closing act. Might I add I didn’t like Sam Smith singing the theme music, don’t get me wrong Sam Smith is an amazing singer and Artist, but I just felt they could’ve got someone else, I had to almost get use to the song, it wasn’t horrible it just to me didn’t fit the feeling of this was his last hoorah. But the movie starts with James in Mexico city tracking down a unknown assassin to the audience, but it is also Dia de los Muertos (day of the dead) in Mexico city with all the different outfits and mask. While scoping out the assassin getting ready to kill Bond hears a particular code name “The Pale King” which makes him wonder who is this man. Shooting at the room full of men the building collapses and off on a foot race in the mist of the Day of the dead parade, to an epic Helicopter fight that made headlines. 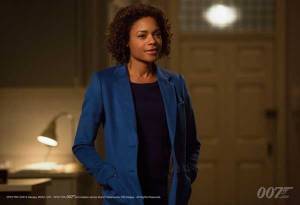 In this movie MI6 is still on the verge of getting back in full mode after the death of “M” in Skyfall (sorry to anyone who hasn’t seen Skyfall), and with the knew “M” Mallory replacing her. MoneyPenny still looking beautiful as ever trying to help James in which ever way she can even if he was suspended by M. I loved seeing one of my new favorite actors in this movie Andrew Scott who plays Max. Max has this idea that there will no longer be a need for the “License To Kill” double 0 agents, when drones can kill and navigate and find terrorist better and faster putting most of the Spy corporations out of jobs and even more into hiding. M was on board with this idea until he started to see Max wanting to shut MI6 down also. We also see Q is a bit off in this film as if the actions of Skyfall has also shaken him up a bit with being the new kid on the block, but we also saw him be more cautious and become more equipped. There were so many great actors in this movie that I love like my long time crush Monica Bellucci still looking beautiful as ever in this movie, when being confronted by Bond as the funeral of her husband, and also being assassinated cowboy style at her home.

Bond finds out about this secret organization where he hopes to find “The Pale King” only to see how much this group has a eerie Legion of Doom Illuminati feel to it, with almost everyone in shadows except for the people speaking at the table. This is where we see former WWE superstar Dave Bautista has he makes his thunderous entrance. We also meet Christoph Waltz’ character Oberhauser who has this almost godfather eerie feeling when he walks in the room. Bond nearly escapes this organization when being confronted but he now knows they are onto him and he is looking for them. This scene ended off with an amazing high speed chase with Bond and Batista zooming down the streets of Rome. As Bond drifted on the streets, you could see batista was merely just trying to catch Bond.

In this movie I felt we saw more of a cautious Bond, but also risk taker because he wanted to know who this group was, who was behind all of these attacks that’s been happening all over the world. I love how this movie kind of brought all of the movies in a full circle, showing that we  find out “Spectre” is the name of the group of many of the villains from the previous movies, and how Spectre from the get go was always trying to ruin Bond’s life. Which makes you wonder what kind of intelligence Spectre had to always keep track of Bond. I will not give many spoilers to this movie because I want everyone to go and see this movie, but there is a very interesting twist towards the end which is why I said everything comes full circle. But this movie wasn’t the normal Bond movie it had the explosions, but you could see that this was the mission to end all missions. 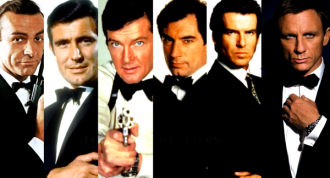 “You are a kite dancing in a Storm Mr Bond”  one of my favorite quotes in the movie  from “The Pale King” because you saw the fearlessness of James.  That Spectre was not a group to mess with and even the people inside of the organization feared the outcome out treason.  Another one of my favorite parts is the Train Fight with Bond and Batista and also Madeleine Swan. But I would like to just take a few minutes to say how a lot of people didn’t expect Daniel Craig to be such an amazing James Bond. A lot of people said he didn’t look suave enough that his face was hard, but I’ve seen him in other movies and knew I was in for a good Bond movie saga. Even my sister who is not a big Action movie watcher, she expressed how amazing the action was with Craig.

The reason why I said you could tell “Spectre” is the last one in this saga, let’s look at the other movies, Casino Royale, one of my favorites I watch it to much. But Casino Royale was the break out movie it was gritty and you knew that this was the beginning of something new. Someone I spoke to also said Craig made Bond seem like a real killer like he could see James Bond really being this type of person in modern day which made him lethal. Then you have Quantum of Solace, my favorite out of the saga, this movie gave you the Bond was still in transitioning on trying to be the obedient agent, but he couldn’t because he wanted to get the job done, no matter if it looked ugly he got it done. With Skyfall we saw his origin story we saw that this James Bond saga had a lot more emotions and a deep seeded connection you could see that the full circle was almost coming that Bond was getting old and that he wasn’t as young as when he first started. Spectre was Bond coming to the end but he still wanted to be in the field, but had to figure out why this organization is trying to emotionally break him down. 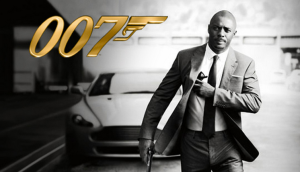 What is next for the James Bond Franchise? There has been a lot of speculations that Idris Elba is next which I would love to see, but the James Bond novel writer expressed that Elba was “To street” for the role talking about his role in the show “Luther”  which created an uproar on the internet and even Elba joined in.  I never cared what Bond looked like as long as the film was good and he played the role of a great spy. The Bond novel Author expressed he would like to see Adrian Lester as the next Bond, I’ve seen him in a few films but I still choose Elba over Him. Another Candidate I have for the next Bond is between Armie Hammer or Henry Cavil even though they are not British Actors they were amazing in The Man from U.N.C.L.E.

Who knows what will be in store after this amazing performance from Daniel Craig, Overall I enjoyed Spectre I tried not comparing this movie to any of the old ones, but I caught myself at times like there should be a better action scene or something else should happen like this movie. I think Spectre left me wishing there was more in the movie like each Bond movie left you wondering what would happen next, I think this one you really felt it was over, but it didn’t feel like it ended the right way,  almost maybe like there was supposed to be something else that happened at the end. This movie brought some great action scenes, and scenery. This made me want to have a marathon of all the films and enjoy it all over again. I do not like giving ratings on movies but