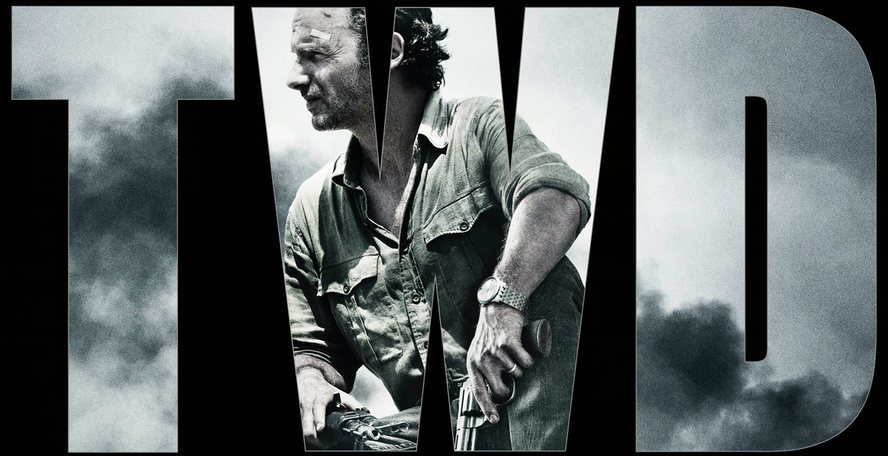 We are back with some more Walking Dead updates, so I was all wrong I thought this Sunday would be the winter Break for Walking Dead, but we next week is the break. Now this episode was a little interesting for everyone out there, and I feel like everyone who saw this episode and who had certain theories about Glenn basically said to everyone who doubted them I TOLD YOU SO!. First I would like to start off by saying the last two episodes were very interesting with the story of Morgan and how he evolved into the person he is now, and then also the episode last Sunday  about Daryl.

Both of these episodes kind of made everyone more anxious to know what happened to Glenn, but also seeing Morgan and Daryl two beloved characters you didn’t mind the separate stories just because these two individuals rarely give a lot of information on what they are thinking. Also in last weeks episode we saw Abraham kind of spaz out a little bit when finding walkers, but also finding Weapons that were used by ex military turned into Walkers. Abraham was even trying to get with Sasha while they were alone, so maybe something will escalate between them two as the season goes on.  one thing I found interesting about last weeks episode is Daryl got his Crossbow taken away, now in the previous season if Daryl ever lost it, we would get it back later on in the episode we rarely saw him lose it for good. But at the end of the episode he no longer had it which makes me wonder, if in next weeks episode he will find the thief’s and get it back.

Now last night’s episode, if you guys remember my last post I predicted that Maggie would go on a rampage because she could feel that something was wrong with Glenn. Well I was wrong about that, in a previous episode Maggie was on the verge of going after Glenn, but then was stopped in her tracks seeing that their too many walkers and she didn’t want to put anyone else in danger. Spoiler ALERT!!! Sorry for anyone who didn’t see this episode yet, but not really a spoiler for those who predicted this, but the beginning of the episode we clearly see how the camera shows Nicholas on top of Glenn, providing Glenn an opportunity to escape and go under the dumpster. We see Glenn escape and start killing the walkers who are trying to attack him, the walkers then get distracted and move away from the scene. There’s been so many memes and jokes going around about how Glenn escape thought I share one with you guys. 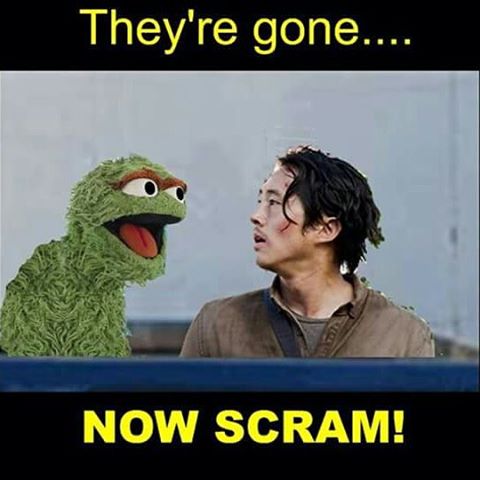 After the walkers are gone, we see Enid helps Glenn and throws him a bottle of water, this is actually very interesting of all people Enid is still alive and willing to help. Glenn ask why she helped him she doesn’t really give an answer. I would like to say I’ve always had a level of respect for Enid because she was not naïve like all the other kids in Alexandria, she knew what was out there, and knew the danger, I feel like later on something interesting will happen will her. She doesn’t want to be saved she rather stay out with the walkers, but Glenn feels it is necessary to bring her back. I wonder why she would rather stay out there instead of at least have somewhere to regroup, unless she has the same kind of attitude like Rick and everyone else that she doesn’t want Alexandria to make her weak.

I won’t go full in depth with this whole episode, but you can tell that everyone is starting to fully get ready for an all out assault on the walkers. Especially with Rick and Carl teaching Ron how to shoot more effectively when the Walkers start to break in. While spencer uses a grappling hook to try and escape Alexandria but is then forced to come back when the line snaps and Rick, Morgan  and everyone comes to his rescue, living Rick furious telling spencer if he has a plan then he needs to come talk to him about what’s bothering him. Ron is acting suspicious almost too cooperative which makes one wonder what he has up his sleeve. I’m guessing we will see a lot of interesting factors in the seasonal winter break next week, and hopefully we see everyone come together , or the residents of Alexandria can help back up the team and keep everything together since they have been learning how to fight from Rosita. Morgan is starting to feel reluctant about what is coming next, trying to live by his new found code of saying no to killing, he pleads with Rick to not do what he thinks is about to happen, to find a better way.

Also in this episode Eugene looks a bit shaken more than usual he hasn’t really been in this season too much, after helping the crew last season escape the walker attack. But Eugene says something interesting he almost looks frightened looking at the wall knowing that no one is safe anymore that when that wall comes down Alexandria will be filled with Walkers and everyone will be forced to be on the run again.With Enid and Glenn on the path back to Alexandria they come up with an interesting way to signal where they are leaving Maggie very hopeful that Glenn is still alive  This leaves with an eerie kind of ending  with part of the wall breaking down, leaving us to wonder, what will next episode look like and who might die, or survive, and what does Abraham, Sasha and Daryl have up there sleeve while in the truck of the previous episode. This should be an interesting winter finale, with the team split apart, but many of them still hopeful you almost feel like everything is too good to be true. The number of walkers almost seems like it’s doubling each episode I’m still wondering where did all these walkers come from. Lets see what happens next time on the walking dead…