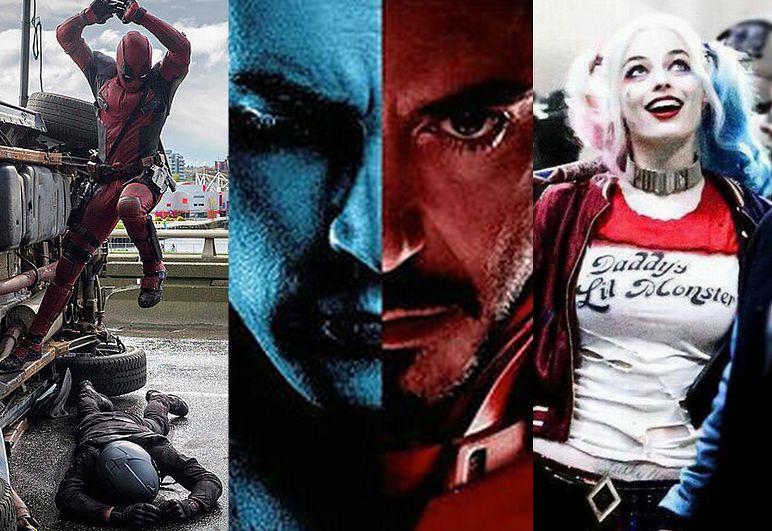 Whats up everybody I know it’s been a while, but I wanted to talk to you guys about all of these new trailers that have been bombarding us these last few weeks. I won’t talk about every trailer just three in particular. now we all know Deadpool trailer (probably the most anticipated movie for me next year), we know about the suicide Squad trailer that movie actually looks like it might be pretty good from the previews and also seeing different pictures, I just hope it doesn’t disappoint. But there are three trailers I want to talk about that came out in the last two weeks. We have Batman v Superman even though this trailer came out a little late in the summer, we were hit with two surprise previews that I will talk about, also the new Independence everyone is probably why talk about that movie, but if you saw the trailer it got a lot of people talking. And last but not least the new X-men trailer. I might even add the new Star Trek trailer in there.

First off is Batman v Superman.. We were first hit with this exclusive sneak peak:

Then later on in the week this really exciting and thrilling trailer was thrown at us:

Now looking at the trailer above, I am even more intrigued with what’s going to happen, I’m still 50/50 with this movie just because of how big Superman and Batman are but this trailer gives off the vibe that both Bruce and Clark know each other’s alter ego’s and know there’s something unique about the other, with Ben Affleck giving the classic Animated Batman smirk. I’ve also seen a lot of people say they did not like how Jesse Eisenberg is portraying Lex Luthor in this trailer, I did not fully read the comics with Lex Luthor, but I remember reading specific things that Lex was way more friendly and outgoing before he lost a lot of his hair per say, but also before a lot of things  in his life were taken away from him. I think the Lex Luthor we are gonna see is maybe a more modern day playboy Lex mixed with the sadistic Lex we all know.

One of the biggest things we see in this trailer is Wonder Woman, now we only saw a glimpse of the beautiful Gal Gadot(Wonder Woman) in the first trailer but now we see her in this trailer in full action. So we have to wonder when does she come into in this movie and what does this mean for the movie, is she taking a side or is she merely there to help Batman and Superman, but bring new information to stop what it looks to be Doomsday in the trailer also. This trailer and sneak preview give rise to a lot of questions about Superman unmasking Batman and what makes Superman turn against Batman in that sneak preview to make this epic battle happen.

Next: I want to take a slight different turn and show Captain America: Civil War. Now this trailer was came literally out of nowhere when Chris Evans and Robert Downey Jr. went to visit the Jimmy Kimmel, no one expected this and it took the internet by storm literally the next minute.

In this trailer we get so many mixed emotions with finally seeing Black Panther in the mix, I honestly have been waiting to see him and how the Marvel Universe is going to use him in these movies and how they are going to interpret his story. The Internet went nuts for this trailer, seeing Bucky and Cap being on the same side again, and having the epic banter and dialogue between Iron Man and Cap. The Trailer doesn’t give too much on who is siding with Iron Man in this battle but we can see who is on the side of Captain America. If you know anything about the epic battle and saga of Marvel’s Civil War you know the Marvel Universe is split in half to choose a side between Iron Man or Captain America.

This movie looks like it is gonna be real entertaining I just hope it doesn’t get up caught in the face it has all these amazing heroes coming into play. I’m just hoping this movie has the same amount of Suspense and great storytelling as Captain America :Winter Solider and the first Avengers had, if so this movie is going to be amazing. At the end we see the battle between Bucky, Captain America vs Iron Man with Cap saying that he wouldn’t fight tony, it’s just Bucky will always be his friend. Bucky and Cap using the shield and trading off hits on Tony almost makes it seem like Tony will be down for the count I want to see how Iron Man will get out of it.

Now I don’t know everything about Independence day but when I saw this trailer it looked pretty cool. A lot of people are half and half with this new reboot, but when I saw the graphics and saw what it looked like in my mind this is the independence day movie we should’ve had when it first came out, this one actually looks like a real Sci-Fi movie. The first one no disrespect, it looked Hollywoodish trying to sell the age old story of Independence day with the cast and crew. Don’t get me wrong I love the first movie with a passion that is a classic I watch it almost every time it comes on T.V. but this trailer just made me realize this is the the kind of movie we should’ve first had.

To be honest I am skeptical of this movie because it’s a reboot and a lot of reboots over the years have not lived up to the first movie which is usually a classic or it was fine how it was made. So hopefully this lives up especially since we do not see Will Smith in the trailer.

Now earlier in the Summer pictures were released for this movie and a lot of people felt this movie isn’t going to live up to expectations at all. Especially with the way Apocalypse looks, I personally don’t like the way he looks but hopefully the acting will out way the outfit. But in this trailer we see Professor X and the young Jean Grey with a nightmare feeling that the ending is near. We slightly hear the history of Apocalypse in the trailer about how he was one of the first mutants to walk the earth, we also see a lot of familiar but young faces, we see a young Cyclops, Jubilee, Nightcrawler, we see Archangel, Psychlocke and many others. But it leaves the question of how are they going to tie in all these characters without feeling like it’s rushed or they had to put these characters in just for the sake of doing so. When watching this trailer I honestly did get a little excited because if you watched X-men the animated cartoon with Apocalypse you know this was an interesting saga to watch growing up and loving it.

We see professor X is getting overwhelmed with the amount of power that is rapidly approaching, with a strange look of fear on his face knowing this will be a fight to the death for many mutants. I am honestly excited to see how they work this movie and which parts will stand out.

Now 2016 is going to be a crazy, amazing adventure for movie goes, with movies like Deadpool, Suicide Squad, Batman V Superman, Captain America Civil War, Teenage Mutant Ninjas Turtles 2, Star Trek, X-men. But I also think we are going to have a lot of skeptical movie goers not knowing how good these movies will be based off of the last movie or based off of just not liking the trailer, hey look at Ant-Man no one thought that movie would be great but it turned out to be one of the best movies of 2015 in my opinion. A lot of these films have potential to be really good and a lot of them have the potential to flop because of too much hype or not really giving the audience what we thought we would see.

It’s hard for me to say what movies I am looking forward to seeing the most, but I must say probably Deadpool, and Batman V Superman. I think Ryan Reynolds is going to do an amazing job as Deadpool, and I love Batman and I’m just hoping the movie doesn’t flop Im not a big Ben Affleck fan, but when he has a good movie you can’t deny it, and Henry Cavil is slowly becoming one of my favorite actors. I honestly can’t wait for Civil War, but I think I am waiting to like get that rush of knowing that all these movies are coming out back to back or one month after the other. So I can’t wait to see how these movies are put together but also don’t want to get my hopes up. 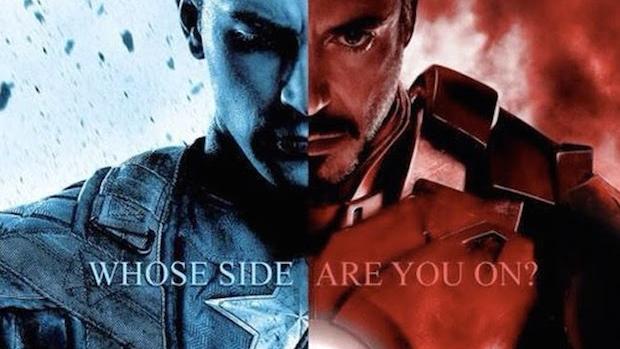 If you guys have any movies/films you are looking forward to seeing in 2016 comment before and we can talk about it. Also name your favorite movie you saw this year in 2015 and why was it your favorite you can name multiple ones.