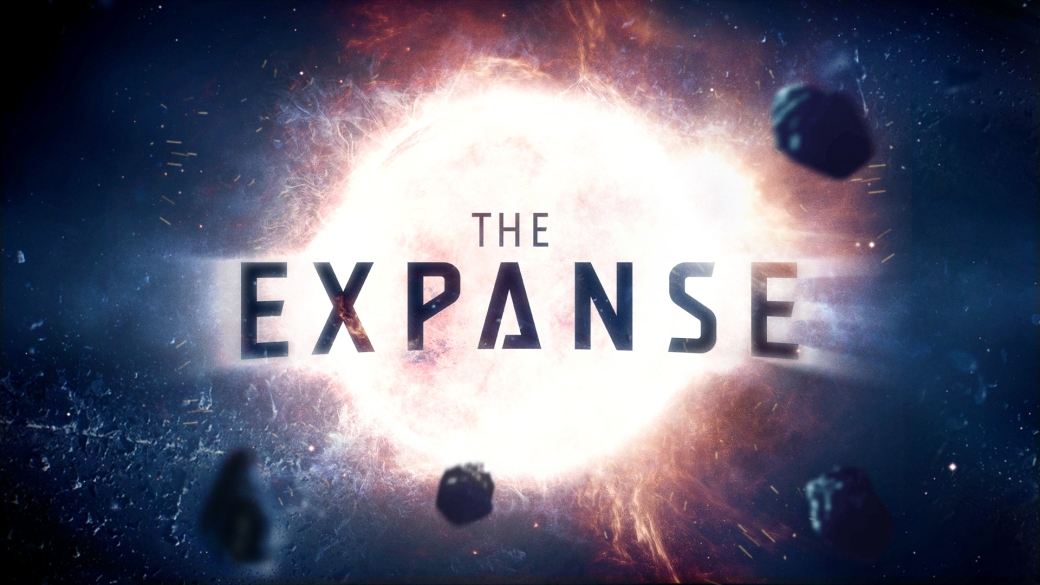 HAPPY NEW YEARS RICEBALLERS!! welcome to 2016 I know we haven’t posted much in a while but I wanted to bring you guys new show I’ve been watching lately. Now you guys know if you’ve read that I’m the Sci-fi lover of the crew. A couple months back I saw a preview for this show called “The Expanse” now just seeing the preview I was very  intrigued and then out of nowhere at the end of November I saw on tumblr or twitter that the first episode already came out on youtube. I instantly got right on it and watched that episode. Now the season didn’t start until December 14th but On Demand already had the first 4 episodes up, and knowing me someone who loves to watch a show and not wait especially if its right at my fingers I dove right in as soon as I had time to.

I won’t give a full review on this show yet because there are only 4 episodes, but I will say what I really like about this show and what I am looking forward to seeing. Now this show is set a few hundred years from now, The U.N. runs the earth( which in my opinion made perfect sense), Mars is the war planet, if you want to be a great warrior or solider you either were born on Mars or transferred to be a solider, Belters are basically low class people, the people who do most of the dirty work, making sure machinery is working well, those people live on space stations out in space. Then you have the Ceres station, this is where your average Earthling or space person might be living. We first come into contact with a woman who we have no idea who she is, but it looks like she is escaping either a prison or an abandoned spaceship where the crew members were killed. We soon learn she has been missing and her name is Julie (look at the picture below) 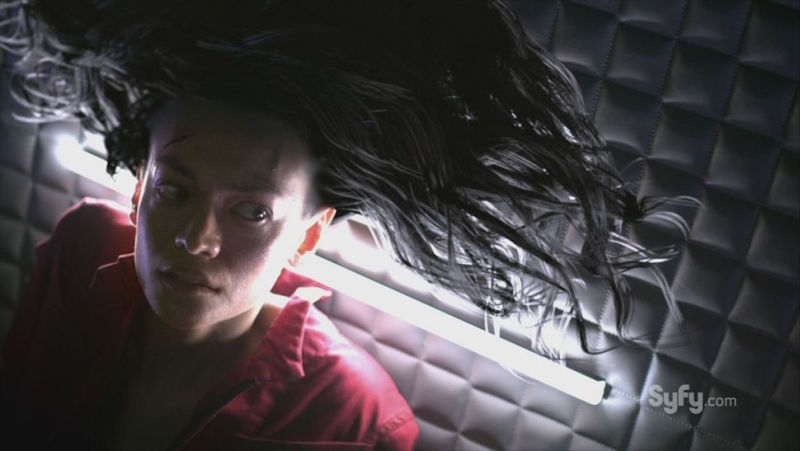 Julie has been missing for quite some time and we meet a detective and his new trainee, the detective is played by Thomas Jane. Now Thomas Jane is a little bit of a crooked cop but you also see his good side in not wanting to cause trouble, as a cop he just wants people on the ship to cooperate and get along and not cause trouble. His partner is kind of the earthling who transferred and wants to not really fit in, but make sure he isn’t seen as an outcast. Throughout this series we meet a team of Belters who get sidetracked when they pick up a signal from an abandoned ship that is far off course. This leads them into trouble and the acting captain James Holden to feel vulnerable on how he should conduct the team. At times this show has a few slow moments because you want to know what’s the deal with Julie, we only see her in one episode, which makes me believe she is either hiding out back on earth or is floating somewhere in space in almost like an escape pod that’s undetectable.

I think this show is very entertaining, the actor who plays James Holden said in an interview that it shows more of a gritty side to space, the part that they don’t really glamourize in tv shows or movies. To be honest I agree with him this show has a grittiness to it, and I think with being on SyFY it can give more of a spacey feeling more then a Hollywood, or this is about a particular mission, its more so of a collective show showing different angles of the government, and then how the soldiers operate and etc. I think my favorite episode so far in this series has been episode 3. It’s called “Remember the Cant” Now at first we do not get a full on what the Cant is, but most likely the Canterbury is what divided this Solar System of people. I just recently read that the Canterbury was a space station that took Ice from one of the planets moons to covert to water. So now it makes more sense why everyone is upset, the water supply system got messed up so now everyone is completely scavenging for water. This also makes perfect how much water is so essential for every living thing.

Episode 3 is amazing it is super action packed from start to finish with James Holden accusing Mars of destroying the Cant. Mars almost has to defend itself from an unknown shooter and enemy ship and just also the ending. The people on Ceres riot and its just total chaos and I think in this episode we truly see the essence of this episode, we see the rebellion, we see the different sides of manipulation and who can you really trust, and who is actually the good guys. I am anxious to see episode 5 because I feel like episode 4 was more so of the aftermath of what will come, leading up to who is the really enemy and why everyone hates this infamous gang called “OPA”. That’s another thing I like about is the gang OPA this crew or gang has so many affiliates, but we never really see like what happened or the fallout of why the OPA was so strong in numbers, its just you see the tattoos of everyone who joined. Which makes me wonder if the OBA has a huge plan up there sleeve to take over at the end of this series or if they are just being quiet to kind of prove the government wrong.

One thing I also enjoy is that we see back on earth how the government is trying to torture individuals to figure out who destroyed the Cant which, kind of brings a real life aspect to the fact that this is probably what really happens to prisoners, and how loyal they are to the cause for what they did, but it also shows why would someone destroy the water supplies unless there was a bigger motive to maybe market the water to the highest bidder almost how Oil is ran now a days.  I am excited for the expanse to return on January 5th on the SYFY channel at 10 pm. There’s a lot of unanswered questions and a lot of speculations I have. I think everyone should tune in and see how they feel about this show. Hope everyone has a good new year and a good 2016.