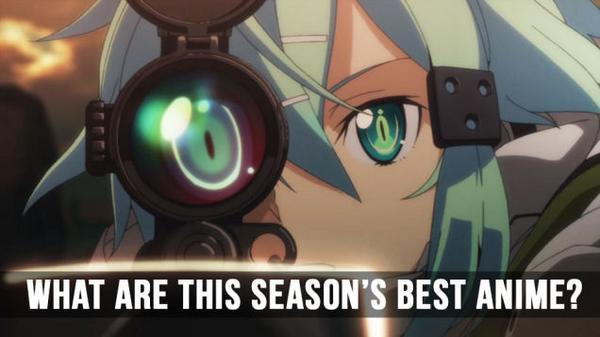 With the seasons changed, the summer wore down and the fall breeze settled in, I knew it was time for me to see which anime I would be watching for the holiday season. I know it is a little late, but better late than never. So if you’re looking for some good anime to watch or catch up on, here is my Fall 2015 Anime Picks.

This is an anime that really stood out to me toward the end of 2015. It was funny, there was action, the animation was beautiful, and it had a brilliant plot. Saitama  is the most average person you will ever meet.  But he’s actually a superhero that’s looking for tough opponents to fight. The problem is, he defeats everything in one punch. This anime is a def must see.  I don’t know why this guy is so strong. But, yes, 12 episodes of pure greatness. This is like the Game of Thrones of anime. It hurt my heart so much but is definitely amazing. The fight scenes are great. The plot is solid. In a world of a corrupt government, members of a revolutionary army create an elite group of assassins called, Night Raid, to weaken it. However, the government  creates its own group of assassins called, Jaegers.  The anime kept me wanting to watch more. Even at the end. I am impatiently waiting for a Season 2. IT NEEDS TO HAPPEN!!!! 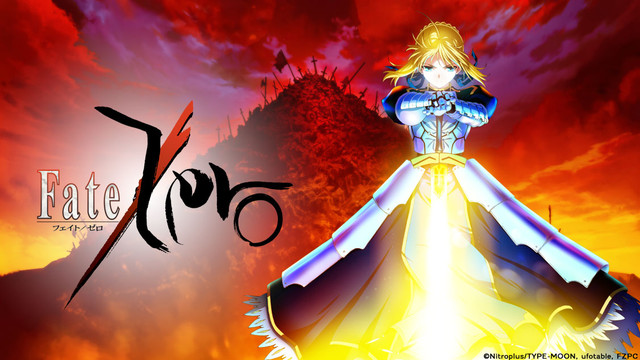 Fate Zero and Fate Stay Night Unlimited Blade Works (UBW) are two different anime. Both can be seen on Netflix. Yay, Netflix! Fate Zero is the prequel to Fate Stay Night (UBW) so it only made sense that I watched that first.  If you are a history buff, someone that enjoys heroic figures or villains in our real history, then this anime is for you. Even if it’s not, this anime is still really a go.  Fate Zero sets the tone of what’s to come, a war among heroes and mages. Mages across the world every ten years meet to partake in a magical war for the Holy Grail. In this war, each mage has a servant that can help them achieve success. Whoever obtains the Holy Grail is granted one wish. Fate Night Stay (UBW) is a continuation of the war, however it is the next generation of mages. This anime is dope. 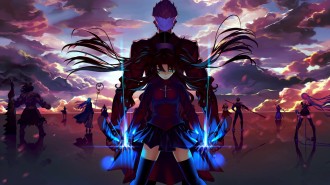 I have not seen an anime with more beautiful fight scenes. The only anime that comes close to it, animation wise,(for fight scenes only) is OPM. But honestly, the animation in this show is amazing. Also, it can tend to be a bit confusing, so you will need to pay close attention to the story, and the plot tends to be shy on some aspects.  I wish I had more information on the characters and further storylines to go with them. But all in all, both were great anime. The Lancer class held it down in both shows. Definitely my personal favorite class of fighter. Such a great show visually. It will keep you engaged. 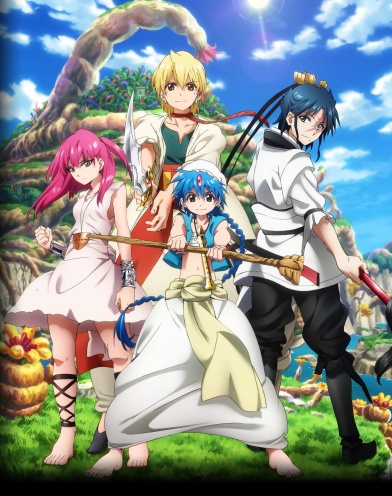 This easily became one of my favorite anime. I watched this awhile ago but never finished it. So I made it a point to finish, and I FINALLY DID. For those who have read my bio, the image under it is my favorite anime character, SinBad. He’s from Magi. The show is not only funny, but it had a great plot with great messages as well. It focuses on the journey of Alibaba and his magi, Aladdin. A magi is a magical being  who chooses a person to help them become a king. In order to obtain riches and power, one must complete a dungeon and gain magical items from a djinn or Genie. It’s a really great story and if the names haven’t tipped you off, this anime focuses around the concept of the Arabian nights. Magic carpets, genies, saltines, magicians, kings, and dark sorcerers; this anime is really legit. Also, Aladdin is hilarious and his squad is dope. Sinbad is a beast. I definitely enjoyed every minute and it quickly became one of my top 15 favorite anime of all time. The next season is soon to be released, and I’m definitely looking forward to that. 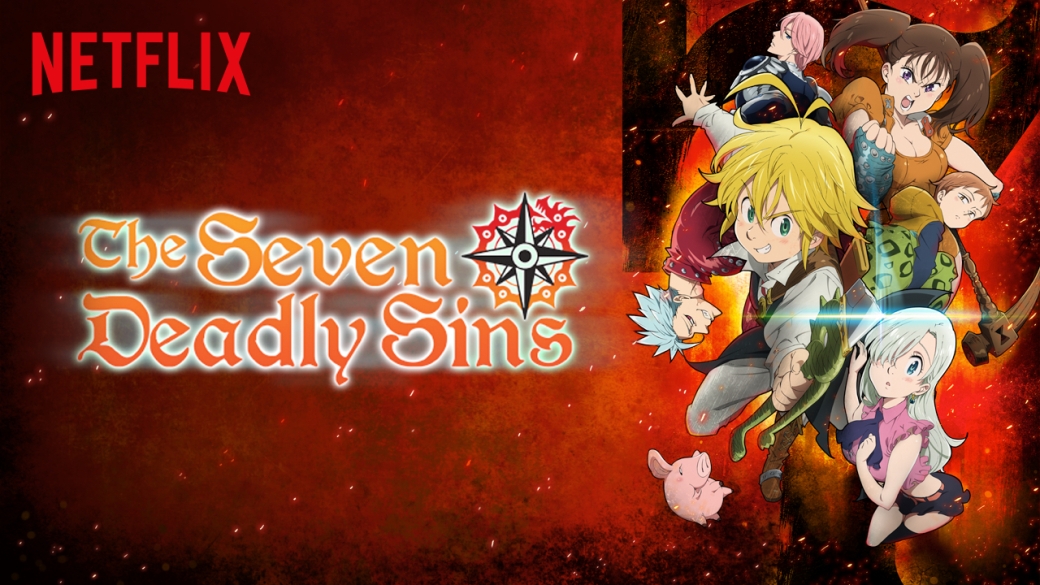 I honestly didn’t know what to expect from this show. It’s a Netflix original series. But Netflix really got it right. This anime is phenomenal. The plot is great, the characters and character development I liked, along with animation. Easily of 9/10. this is why it is worth my, “Fall Picks.” The anime really brings you into a different world. A world where there are demons, gods, fairies, magicians, giants, knights, assassins, and a talking pig.  Its funny, there is action, the fight scenes are great; its only 25 episodes and it jumps right into the story (so no 10 episode plot builder). This anime really had it all. Honestly, I expect nothing less from Netflix. The plot follows seven  brutal criminal protagonist who form the Seven Deadly Sins.  They were the strongest and cruelest order of Holy Knights. After having been framed for murdering, the Seven Deadly Sins were indefinitely disbanded, as well as branded as traitors and villains. They meet 10 years later to clear their names and protect a young princess who is running away from the evil rule of a corrupt kingdom. I really liked this anime and it is def worth the watch.