What’s up everybody! It’s a sad, sad day in the cartoon world. Disney’s Gravity Falls is officially over. Creator Alex Hirsch stated on his Twitter and Tumblr page that the show was not cancelled, but that he decided it was time to end the show, and move on to more things. This did not sit well with many Gravity falls fans like myself, but we gracefully respected Alex’s decision, and waited for February 15th to arrive. I think we all can say we felt like Mabel when she was trapped by Bill. 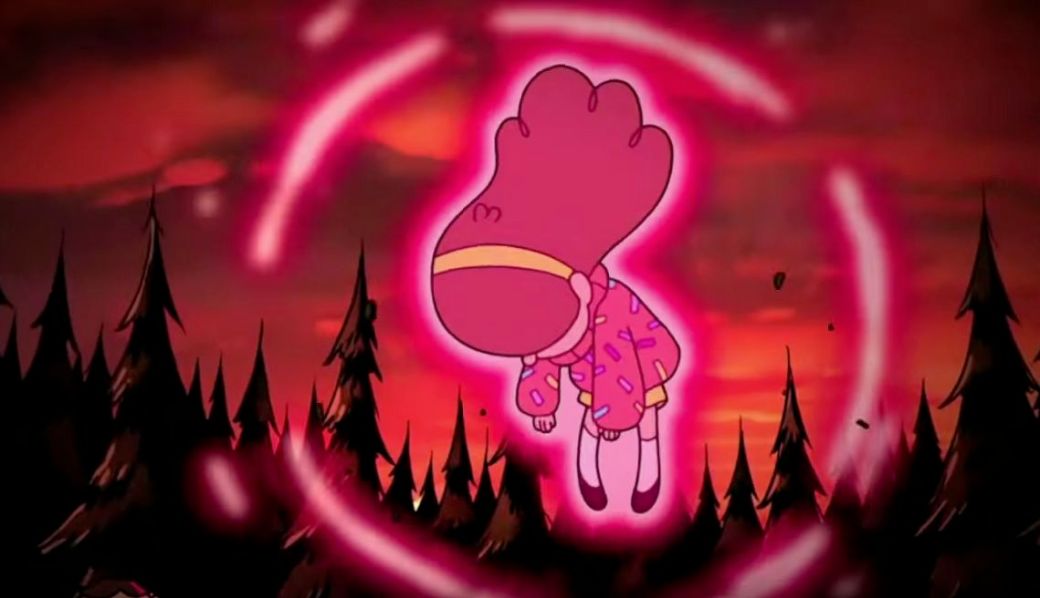 Now, I can’t say I was an official Gravity falls fan from the start. My friend put me on to the show towards the end of 2015, probably around August or September. I told my friend I had nothing to watch and that I wanted to see something new. So, she said, “Check out Gravity Falls.” I’ve heard of the show before but never checked it out. She went on to say, “Watch the first 2 episodes, and you can make your decision if you like it. I don’t know if you’re into this kind of show, but, still, check it out.” I watched the first 2 episodes and immediately texted her, “I love it!”, and that I’m already starting episode 3. So to hear that this show was ending, just as I caught up to the new season, broke my heart. I loved it so much.

For many of you who are hearing about Gravity falls for the first time, here is a little background information on the show. This is an animated show that premiered on Disney channel on June 15, 2012 by Alex Hirsch. We start off by seeing two young kids, named Dipper and Mabel Pines, who are going to stay with their Grunkle Stan for the summer in Gravity Falls. They’re very adamant about staying with Grunkle Stan since they don’t really know him fully, and are wondering why their parents decided to make them stay with him. Grunkle Stan owns this place called “The Mystery Shack” which, in his words, is a fake attraction, but we soon learn that there is nothing fake about the mystery shack and the mysterious things that go on in Gravity falls. Especially when Dipper finds the mysterious Journal which gives him a guide to the Sci-fi action of the town. 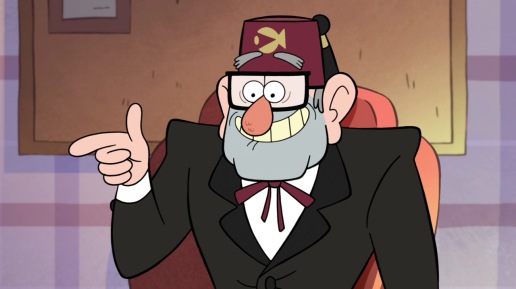 The show only has 2 seasons, but there are so many action packed scenes and goofy transitions. It really brings the sci-fi, big kid, good feeling love for a cartoon. Especially, if you’re an older cartoon lover like myself. In my opinion, there aren’t a lot of good cartoons on TV now-a-days for kids, but this show is amazing. We also meet many fun loving and funny characters like Soos and Wendy (who Dipper has a crush on throughout the season). Both Soos and Wendy work for Grunkle Stan at the mystery shack, helping him and coming up with new attractions. I honestly love Soos. He’s one of my favorite characters. He’s so nonchalant about so many things, but has a big heart for everyone he comes in contact with, and he’s so funny. In every episode, Dipper and Mabel find some adventure to go on; leaving the mystery shack because they believe Stan does not care about them. In reality, throughout the series he loves the kids very much. He just doesn’t like to show it. He shows it in his own way which you can clearly see. It’s very  much a tough love angle, but also an “I can’t see myself living without you guys.” We also meet other characters like “Old Man” McGucket (love his story), Pacifica, Toby and Robbie. And how can I forget the amazing Waddles, that scene in the finale was so sad. 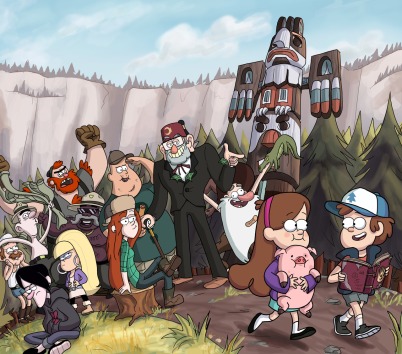 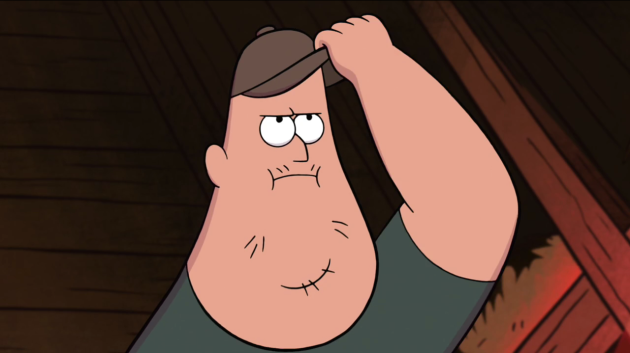 Now, real quick I have to talk about Bill Cipher. I thought he was an amazing villain for this show. Like, come on, a floating Triangular Demon with one eye?! Almost makes you think about the Illuminati for all my conspiracy theorist out there. He was so great and so evil and just how they transitioned the theme music of the show to when he took over the town was great. Bill embodied what you would expect from a demon. He was devious, and found a way to play on your emotions, but also knew that if he couldn’t get you one way he had to figure out quick how to ensure you’ll still be trapped. At first glance you don’t know what to really think of him. You might think that he’s harmless until he starts to transform into different creatures and his arms expand and his eye starts to glow red. Even how he can create things while invading someone’s mind would shock you. When Dipper finally reads in the journal how dangerous Bill is, that’s when he finally decides to smarten up on how to deal with him. That’s when the show gets crazy serious. 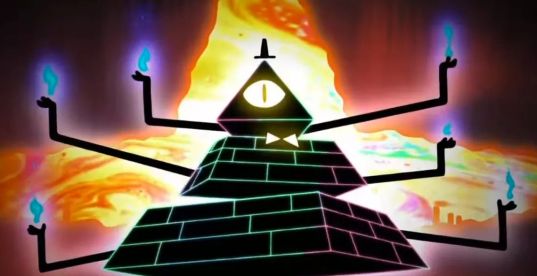 Now to move on to the Finale, the final episode of Gravity falls “Take Back The Falls”. It was amazing and so heart wrenching. I think it was more so sad for a lot of people because of how much we loved this show, and before even watching this episode, we knew this was the last time we would see it, unless you watch reruns. I love how the town came together to build a massive Transformer and people finally realizing how smart McGucket really is. I loved when Soos mentioned “anime” and McGucket had no idea what it was, and then they later showed Soos showing it too him. This episode has so much suspense. **SPOILER ALERT**  for anyone who has not seen this show yet. But that scene with Ford and Stan was so crazy; when they finally found a way to kill Bill. All because Stan didn’t want to hold Ford’s hand. I was so mad at Stan, like you’re so close to defeating Bill and of course brotherly love comes into play and messes up the whole thing.

The middle to end of this episode was so sad and suspenseful. With Bill destroying the only way they could’ve defeated him, Stan and Ford see the only other way to kill Bill is to make him invade one of their minds, and wipe him out completely. Stan decides he has no importance in this world and that he messed everything up in the first place, so he decides to be the one to do it. Ford got so upset. We think Ford gives himself up to Bill, even tricking the kids. But come to find out, Bill invaded Grunkle Stan’s mind and Uncle Ford ends up wiping his twin brother’s mind. Leaving everyone in the audience  heartbroken when Stan couldn’t remember Mabel.

This show was amazing all the way through. I’m so sad that it’s over. Alex Hirsch tweeting out to the fans saying “If you watched the series all the way through you are an honorable member of the Pines family”, and also a fan saying they wish someone could punch all of these feelings out of them. Even though I was a new comer to the show, I fell in love with it and all of the characters. If you haven’t watched, I say go for it. Who cares if it’s a show on Disney or whatever. Check it out because you’ll enjoy it, and it will bring the big kid out of you.