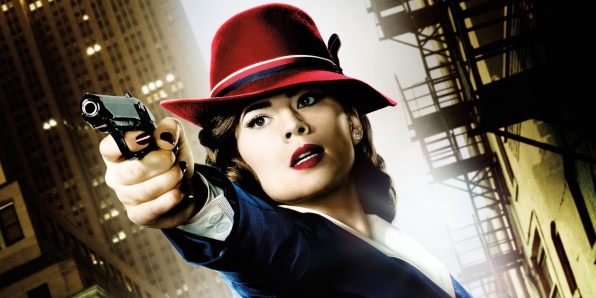 What’s up everybody? It’s crazy that it’s already Thursday. This week has really gone by, or maybe I’m just moving slower than usual. But last Tuesday was the Agent Carter Season 2 Finale. It’s crazy. It feels like the show honestly just started, and now Season 2 is over. Wow, that was fast.  But if you haven’t gotten into the show, here’s a little summary… Agent Carter is about Peggy Carter, one of the main contributors to starting what we know now as S.H.I.E.L.D. (one of Marvels most infamous places for guarding information and protecting mutant and inhuman secrets). Now Season 1 started off a bit slow for all those who watched, but when this show got good…it got really good, especially the fight scenes. This left a lot of us intrigued to see another season.

Now Season 2… this season started off so much better than Season 1. Way more action packed and way faster in terms of getting to the action. That first episode of Season 2 was amazing. That episode alone is enough to bring someone in to keep watching. I loved that the writers and everyone did an amazing job with this season and hopefully we will get a Season 3. Hayley Atwell aka Peggy Carter did an amazing job as usual, as this season started with her and Captain Jack Thompson still tracking down Dottie aka Black widow. This leads to a very dope and amazing opening fight scene in the bank’s vault. After this Peggy takes a case in L.A. helping out her former co worker Captain Sousa, who obviously still has feelings for Peggy, and vice versa.

In this season I have to say I loved Jarvis even more. The first season he was great, and the second season I believe he truly deserves an Emmy for his performance. Like he was funny, witty, and I’m glad that they made him fight more, especially alongside Peggy. I also loved Jarvis and his wife Ana. They were two of the best characters in this season. At first I didn’t know how to take Ana. I wasn’t sure if she was a spy or something, but she was really just the total opposite of Jarvis. She was kind of eccentric and Jarvis was more so subtle and conservative, but you could see the love they had for one another. I wish we could’ve seen Howard Stark a little more in this season. Every time he showed up in an episode it was really funny. You can kind of see why they picked him to kind of mirror Robert Downey Jr.,  and represent how the Stark family is.

Now we have to talk about Whitney Frost. She was crazy throughout the whole season. In the first two episodes she was very subtle with her husband. But then you realize she was really the brains behind the operation of everything, and was actually controlling her husband. When the Zero Matter entered her and Dr. Wilkes, that’s when everything changed. She knew she had ultimate power and didn’t know to use it at first. When she did, she started going insane. I also loved that we got a chance to kind of see some Alien technology, or Alien life with the Zero Matter, because that’s what Marvel is all about in a way, seeing the unknown. 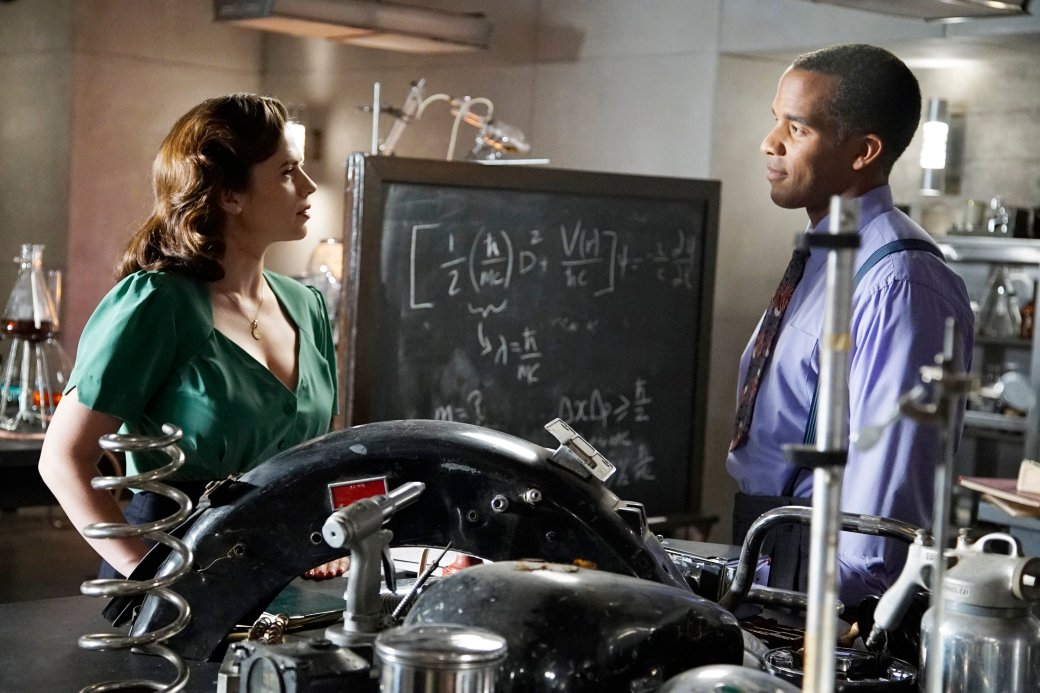 Lets move on to the Season 2 finale. Wilkes was captured by Whitney in order to try and convert all of the Zero Matter into her, but Wilkes thought by getting rid of all of the Zero Matter it would disrupt everything. That plan back fired when Jack Thompson decided to help Whitney and distract Peggy, Jarvis and Sousa. Now, between these last two episodes, Jack Thompson has been flip flopping and trying to decide which side he wants to be on. I’m glad that he chose the right side. But I think this season’s finale was good. At the end I felt like something more should’ve been in the finale, but I really enjoyed it from Howard Stark and his funny jokes to Whitney going psycho yet again. Wilkes, Stark and Tamberly having a scientific discussion with Peggy and Jarvis, trying to figure out who has the biggest ego, and how can we forget Sousa jumping the gun like a mad man towards the end to try and save the day. I think this season and the season finale showed a lot of character, and by that I mean you got to see each character for who they were and what made them special to both the show and to the group.

A lot of speculation is going around that this might be the end of Agent Carter, with the show’s season finale only bringing in around 2.37 Million viewers. Even though that number is still a lot to some of us, it’s not for a Marvel based show. Even different media outlets are saying Hayley Atwell might be taking on another role for a TV show which will either divide the time, making for fewer episodes for a season 3 or no season 3 at all. Agent Carter, Hayley Atwell, issued a small statement a few days after the season finale saying; she does not know of any further news on a Season 3 or what the future holds for Peggy Carter. Everyone in the cast will find out in May what will take place. Hayley also said that we all know Peggy Carter lived a long life, and this season and the end of the finale shows that a lot more can be shown. She hopes that happens. This season was so good. If the writers and producers can make a Season 3 just as exciting as this past one I am all game for it. Hopefully we get a Season 3, especially with what happened at the very end of this season finale. 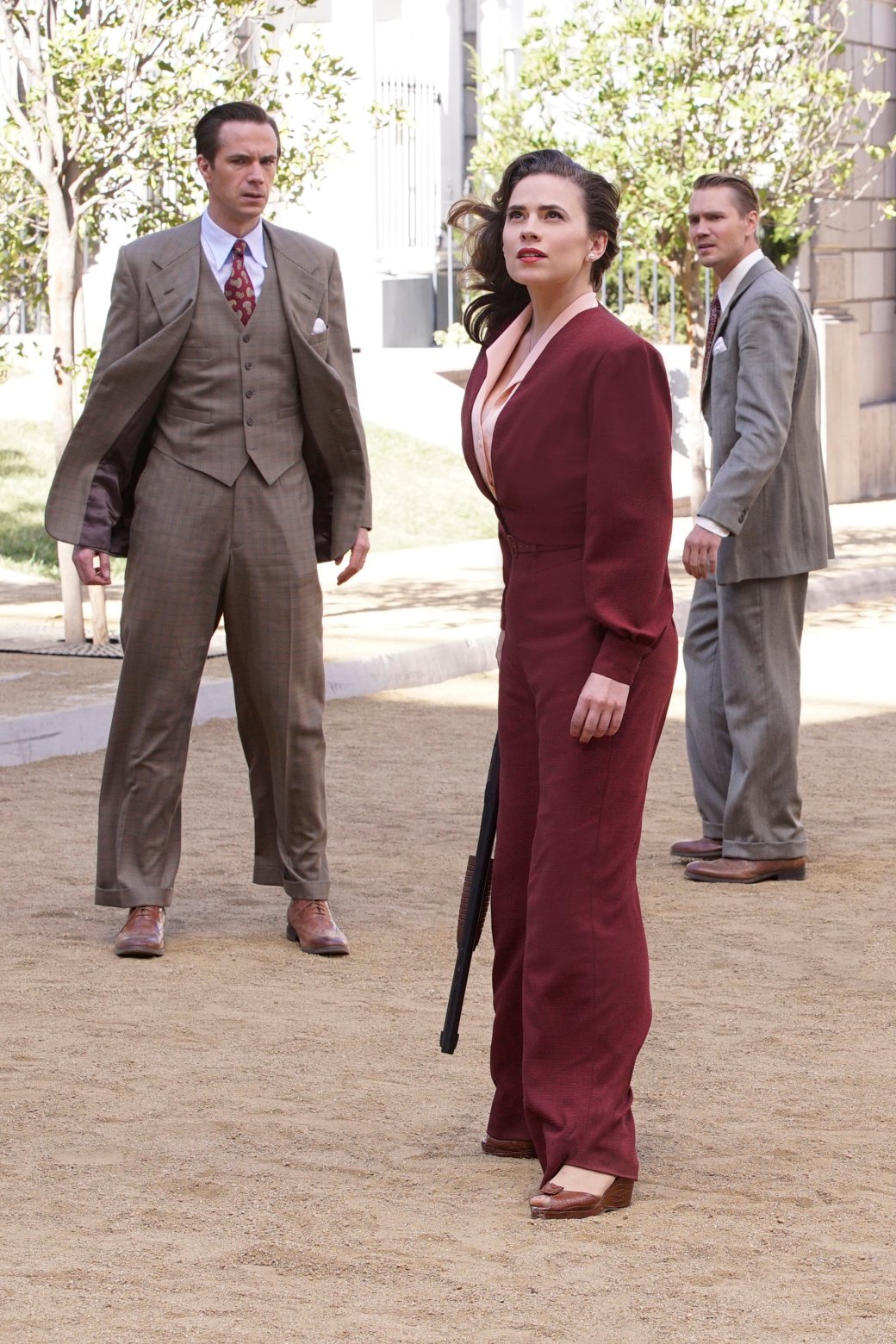