So I know this post is super super late, but I finally got to watch “Batman: The Killing Joke” the other night, and I would just like to give some feedback on what I thought of it. Now I know everyone probably by now has seen the movie and has their own opinion, but I felt I needed to say how I felt. I’ll even throw in some spoilers, even though people have probably read every review possible on this movie, and what every other person thought of it, even myself included while you’re reading this. When we look back, this movie was honestly one of the most anticipated animated movies in a long time. Everyone from the regular graphic novel Killing Joke lovers, to the people who have been keeping an a close ear to the forums anticipated this to be something special. Finding out this film was going to be an R rated animated movie, everyone thought  maybe we’ll see more or hear more cuss words and see a lot blood and violence. Or maybe even Joker will be more violent then usual , almost like we’ll see the true nature of the joker.

Now when this trailer hit airwaves, everyone was like ok this is gonna be amazing, this is  gonna be dope, just seeing this famous battle between Batman and Joker, even though we’ve seen it a million times, we still love to come back for more. I know when I was this trailer I was like ok this is really great; an animated film for a comic I’ve always heard about, never read, but every time I went to a comic book store or just looked at the Batman comics I would see the Killing Joke cover, and say to myself that’s a really dope cover. Never knowing why I didn’t really read it, I might have skimmed through it or because it had the plastic cover on it I just didn’t touch it, you know how some stores do. But besides that; I just thought this is a great year for this movie to come out with Suicide squad coming around the same time, DC is making a lot of moves, then the reviews came in. 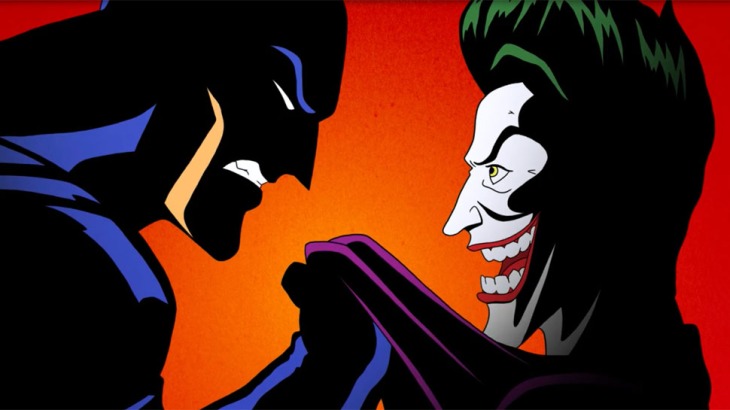 I think DC Comics in general has been amazing with the animated selection of their movies lately, from Son of Batman, to Flashpoint Paradox, Justice League war, like all these movies lately have  done really well for themselves so I was very happy to see what was up next. Being a huge Batman fan, so I was just excited to have the original Batman cast that I think most of us grew up with from the likes of Kevin Conroy, and also the Original Joker Mark Hamill, so I think just them two alone made every giddy almost like oh were going to see the animated Batman and Joker from the series all over again this should be great. Mark Hamill delivered in this movie, he did great as usual delivered great lines and Joker looked so creepy, it just felt different which I really enjoyed while watching this, and just having that dialogue again. 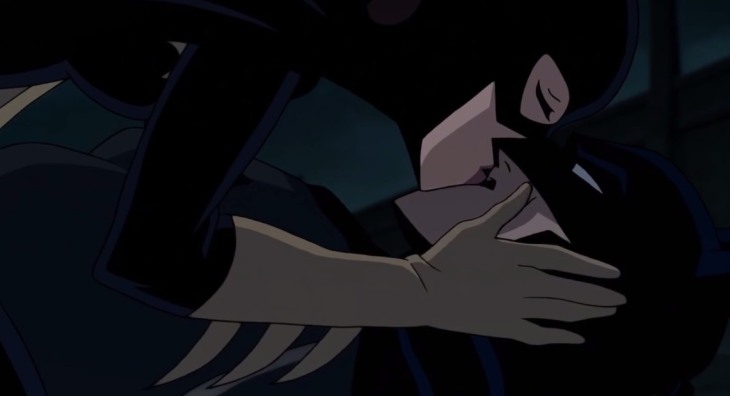 Now I saw a few people say there was this awkward sex scene with Batgirl and Batman, and so from the start of  the movie, all the way up until the part I was like let me see what everyone is talking about. Now the part came and they didn’t even know anything it was merely sexual tension building up to them having sex. The whole time I kept thinking maybe I’ve seen too many movies where this is nothing new heated arguments turn into sex, or two people who are very stubborn and care about each other and it turns into that. But I had to look at from another perspective because in the movie Batgirl isn’t a young girl anymore she is a woman, but maybe for many fans, this broke down the wall of Batman just has sidekicks, and he doesn’t really care about any of them because he constantly has a new sidekick. also maybe for the simple fact it was batgirl.

One thing I can say about Batgirl I loved that they showed a lot of her fight scenes and how much she was just kickin ass , but not to reign on her parade, a lot of the beginning of the movie wasn’t needed, like give us a few fight scenes with batman and then bring a long the joker story, but I think they wanted to show how.. Spoiler Alert: they wanted to show how Barbara became oracle, and basically give us that backstory on how she became paralyzed and how her and Bruce were still in business.

Now on to the Joker, I think they did a great job with Joker in this movie from his look and how creepy they made him look, and to of course Mark Hamill, but just the storyline of what made the Joker who he was. I remember hearing a few interviews before this movie came out, and they said that there are so many variations of how the Joker became the joker, but they wanted to use the concept of “Just one bad day” and that is all it takes to make someone crazy. But Batman kind of hit the nail on the head when Joker wanted Commissioner Gordon to lose his cool, but he was still sane, and Batman is like Gordon is still sane, so that means you’re the only one that’s insane. But if you really look into Joker’s story it was a multitude of things that drove him crazy, mixed with him already feeling like he was worthless towards his wife, and not being able to take care of the baby. So I think the idea of just one bad day also comes down to your self esteem, and just the way you few life, and what risk you will go too. 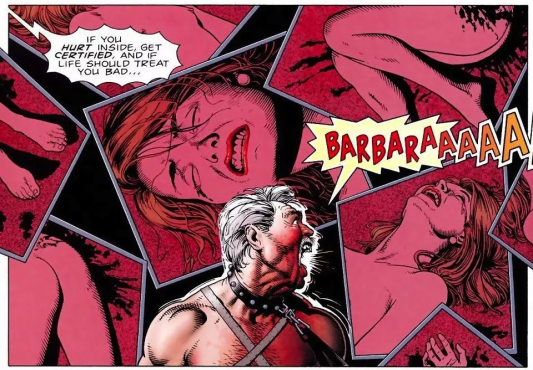 I think one major flaw with this movie was,  that there wasn’t enough Joker, it felt like the story of batgirl, and batman was too drawn out and too dragged on, for only the Joker to be in the second half of the movie. By the time it gets to him, your thinking to yourself damn we’re just now getting to his story. I say that to say look at the original Animated Cartoon, and also even the dark Knight movie, in those elements, you felt the presence of Joker, you knew that he was going to pop up anywhere, and everywhere unexpected or expected. With this movie it just felt like Batman and Batgirl featuring The Joker. Even though the Joker is supposedly locked up in arkham, we see that he escaped. Then we saw kind of the way Joker was setting up for plan for Gordon, and just to get back at him, and what Joker wanted to show people that even someone like the Gordon could be turned to the dark side.

Lastly, this movie had potential to be really good, but it didn’t feel like an R rated movie, perhaps because we’ve just saw Deadpool, and grew up watching Tarantino movies, you think of R rated that means, nudity, strong words, and a lot of violence(more so a lot of blood). But I think what made it R rated was the subtle nudges at rape culture, the sexual tension between Bruce and Barbara, and the subtle cuss words, and topics and as sad as it might be that’s on TV every night or every other night. So I think Killing Joke and excuse this analogy, but it felt like a soft porn, it was dirty, but didn’t show a lot to keep you intrigued, but you were more so just waiting for it to kind of be like old times were you felt the suspense with the music and were on edge because it was close to the brawl with Batman and Joker. I’m not saying I wanted to hear cuss words every 5 seconds, see naked bodies, but I think I just wanted to feel the intensity in this film and I didn’t really feel it.

But over the past 2 years DC has been making a lot of gritty movies from animated and to the big screen, but I think that’s to show how Dark DC really is or just the life of a superhero and villain can be, its not all sunshine and rainbows, like these characters go through a lot, through the 50 to 70 years they’ve been around and been revamped so much. The last part of this movie kind of confused me, but I think Batman and Joker laughing together is mainly just showing a humorous side to both of them that these two people who hate each other can share a laugh together, before the final blow. I still want to read the graphic novel, so maybe one I read the graphic novel I will come back and watch the movie again.

29 year old lover of Everything entertainment from Anime, to sports to music currently flipping between yu yu hakusho and gravity falls. I watch everything or try to watch it and don't mind giving an honest opinion. My favorite animes of all time are Cowboy Bebop and Gundam Wing I can't choose who's number 1, and I am an avid Battlestar Galactica fan (random fact) hope you guys enjoy what I have to say. Also you can follow me on Twitter when I live tweet tv shows follow me @bwoceo View all posts by stewypnewton