I haven’t written anything in a while, so I felt it was necessary. I write about everything I’ve watched and what I feel about it. Lately, TV has been so blah with the exception of “Game of Thrones” which just had it’s Season 7 finale, and might I add that this was one of the best seasons of Game of Thrones. The finale could’ve been better, aside from those last few minutes. Also, sad day for sci-fi fans. My favorite show “Dark Matter” just ended it’s third season and the SyFy channel has officially decided to cancel it. Since then, Dark Matter fans have been going crazy with petitions and fan art. Hopefully someone picks up the show (crosses fingers). With major network TV shows taking a backseat for the summer, Netflix has taken the liberty to entice us with some new shows and seasons of our favorites.

So everyone was anticipating Netflix “Marvel’s The Defenders”, but two shows  that came out of left field and caught everyone off guard was “Voltron The Legendary Defender” Season 3 and also “Narcos” Season 3. It seems like you forgot that Narcos and Voltron were scheduled to come out between these last two months. I for one was on tumblr and saw a gif set of Voltron of scenes I’ve never seen before and on the bottom it said Season 3 August 4th. I jumped up and headed straight to twitter to see if this was real. Same thing with Narcos. I legit knew about the new season but didn’t know the release date until maybe 2 to 3 weeks prior. I’ve been slacking, but these shows and the exception of a few others definitely got me through the summer.

Since I just recently finished Narcos Season 3, I’ll start with this one. This season we meet the Cali Cartel. At the end of season 2 we briefly meet them and everyone is kind of on edge with the death of Pablo Escobar. Not Cali, they were joyous that Escobar was gone. One of their biggest competitions are down. Cali Cartel was so swift in how  they operated which made it almost impossible to catch them, even though most of Colombia knew what they were about. In my opinion, this was probably one of the best well put together seasons of Narcos. We followed the storyline of Agent Pena after Pablo’s death and how he was an American Hero, even though Pena could care less, he just ultimately wanted every drug dealer out of the picture and in jail. What made this season so good is that they got right down to the story of the cartel. No unnecessary sex scenes, no killings that you probably were like ok we didn’t need to see that. Every episode of this new season provided you with good action that kept you enticed and entertained and wondering how theses dudes were going get away — or caught.

This season also showed you the shock value of getting caught. For instance, Gilberto’s reaction was just priceless. This dude was so delusional that he still thought he was running the show. He had board meetings, like umm no you’re in jail. But the unsung hero of this show was Jorge. This dude was trying so hard to get out of the Cartel and they just kept pulling him back in. This was the longest six months of his life. The Cartel knew that they probably wouldn’t have made it this far if it wasn’t for Jorge. In a way it felt like Jorge was the main character and the Cartel and Pena were like supporting cast members. I don’t know if I’m the only one who felt like that at times. Each episode definitely played off each characters emotions with Pacho, and Chepe. They had some really good scenes in this season also. If you haven’t seen Season 3 of Narcos go binge watch it now. You will not be disappointed.

The Defenders: Wish there was more 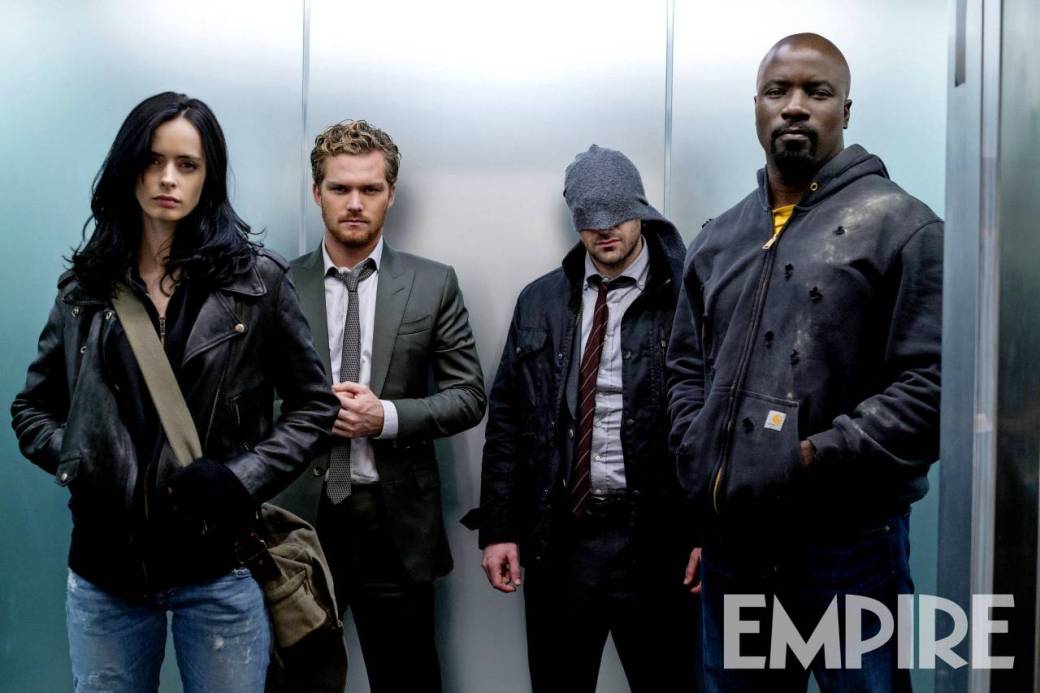 Now you guys have probably read and searched for every review on The Defenders possible, so what I’m saying probably won’t be anything new, but here are my thoughts. Netflix’s Marvel’s The Defenders was probably one of the most anticipated shows of the summer. Everyone was wondering how well the team would work together and which episode would all the members meet up. And also one of the biggest questions why only 8 episodes?  In my opinion I honestly enjoyed the Defenders, but it could’ve been so much more in this season, and it just felt like they were rushing this process because they just wanted to give us something. All that said, the show didn’t fall flat to me even though it could’ve had more to it. I will say I enjoyed the pacing of the episodes, and this show felt like a real comic book show to me, not like I’m just watching Netflix Marvel’s The Defenders. Might I add Jessica Jones did a great job, and they provided her with some really good scenes with Matt and Luke and each character on the team and show. I know a lot of people are looking forward to season 2 of Jessica Jones. They also did way better with Iron Fist. A lot of people hated that show, but ratings show that was one of the most viewed comic book shows on Netflix.

A lot of people saw the Iron Fist series and took it for what it was, others hated it from beginning to end pointed out seeing stunt doubles, even though every comic book show or movie has stunt doubles and you can clearly see it’s not them. In the defenders they gave Danny Rand better fight sequences and dialogue even though everyone including myself started to get tired of him saying “he’s the immortal Iron Fist”  In reality you see Danny is always thinking about his mission, even though he may go about things really wrong at times,  so hopefully Iron Fist Season 2 is 100 times better.

I have to say this though, I didn’t really like “The Hand” in this season. I was hoping for what we saw in DareDevil Season 1 when that ninja was beating the hell out of Matt and slicing him up. We saw a little bit of it in Iron Fist. So hopefully throughout these next few seasons coming up we see some better villains. Alexander was amazing though Sigourney Weaver was a great addition, Madame Gao was of course as always dope, and spoiler alert, but everyone probably already knows Elektra was so badass. I wish we got to see more of Colleen though, hopefully she keeps popping up more and more especially since her and Misty Knight talked at the end. Since all of us are waiting for the daughters of the dragon. All-in-all the fight scenes were really good, especially like all of episode 3. The part of the episode when everyone got together at the end. Also, the music in this season was great. Every time Luke came on the scene, love how he added that mix for them. Hopefully season 2 can be a lot better with a lot more to go on. 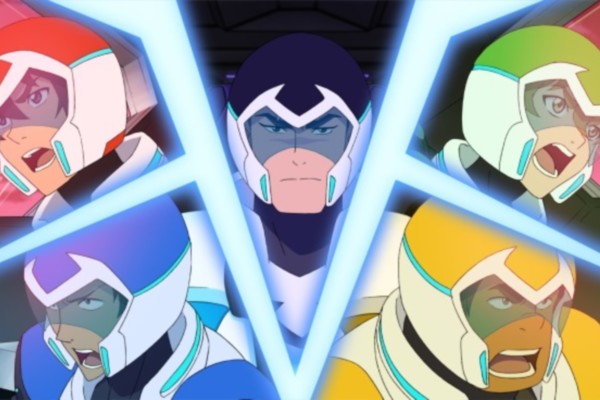 Ok so Season 3 of Voltron took everyone by surprise. Of course we all knew the new season would be coming out sometime either the end of this year (like they did last time or early 2018), but Netflix threw us completely off guard. They gave us the new season in August which we were so grateful for. We left off Seasons 2 with the team being stranded in space after fighting Zarkon and him separating Shiro aka Black Lion from the rest of voltron, as we have come to find out that Zarkon was also a paladin in his past. In this season we see the team having trouble with trying to form Voltron once again, but also trying to find a new leader. No one wanted to take Shiro’s spot, but the job had to be done. In this season we see a difference in each of the characters. The only characters who seemed to have not really changed are Hunk and Pidge, who are pretty set on who they are to the team and what their strengths are. Even though Pidge and Hunk haven’t changed much they have definitely become stronger and more confident in what they can do. We even see Lance change up a little because his role in the teams starts to become more important as the princess.

Before I go any further I have to say I really love and enjoy Voltron. I’ve said it in the past that I didn’t really watch the old one, but this new series, it just makes you happy to see something old rebooted but rebooted in a good way. One thing I have to ask though is why are the seasons so short? It’s just like this season was getting so good now we have to wait. In this season and in the past we see Shiro and Keith have a very strong relationship which made me have a theory that maybe there is some connection that is hidden between Shiro and Keith. You almost forgot until towards the end of the season that Keith was connected to the Galra. So hopefully we get some more background on Keith going into the next season. Prince Lotor was a very good villain for this season of Voltron and he was very smart. He realized early that Voltron wasn’t fully together and lured them into a crazy trap that actually made the team come together. But what I truly loved was the team that Lotor brought together. His own personal assassins were so amazing and funny. Hopefully we see Lotor battle it out with one of the Paladins individually in next season. One thing that was truly amazing about this season was the finale, I expected the team to maybe just go after Lotor and call it a day, but the finale was beautiful especially how we learned about the pilots from the past and why Zarkon is the way he is. That was a great send off for Season 4.

Castlevania: I kept hearing about this show on Netflix and that everyone was enjoying it, so I finally decided to check it out. It’s about 8 episodes long with very short episodes, but has some good action in it down the road — in the later episodes. I enjoyed it and hopefully we get a season 2 to explain a few things.

Helix: This show came out a couple of years ago on the Syfy channel, but if you are into sci-fi you might want to check this out. Scientist get called to the arctic to check out this mysterious disease that winds up turning everyone into zombies plaguing the whole faculty. It’s a little slow in the beginning but the action picks up later on.

Wynonna Earp: This show just ended it’s 2nd season on the Syfy Channel and I am currently catching up on Season 2. Going to watch the finale later on tonight. But this show is on Netflix and it has that female Supernatural TV show vibe. If you watch Supernatural you’ll like this show.