“You know how to win. Just make sure you know when to fight”

The New York Times calls this book “a magnificent, heartrending, earthshaking debut.” The West African inspired fantasy novel was the buzz of the book world long before its release. I first heard about this book on Goodreads. From the way the cover looked, to the title, this was a book I instantly wanted to read. The cover features a girl with daring eyes, beseeching the reader. Her white hair defiantly soars high. Her skin is as deep as the night itself. Then there’s the title: Children of Blood and Bone. Tell me that’s not a book you’d want to read! Don’t worry, I’m not going to give anything pertinent away. This review is spoiler-free.

The book focuses on a few characters: Zélie, the main character, her brother, Tzain, the crown prince, Inan, and the princess, Amari. Zélie is part of a select few who have been “touched by the gods.” She is a maji. With the power to wield magic gifted by the gods, the maji can devastate or create. That was until their magic was taken away by the King of Orïsha, Saran. Saran destroyed magic in all of Orïsha, and, with it, most everything Zélie and Tzain loved. (Tzain is not a maji, by the way. The gift can skip generations). The maji who remained after magic was stripped away became known as divîners—only an awakened divîner can truly be a maji. But without magic in the land, no maji could exist—and that’s just how Saran wanted it. With the lack of magic came the influx of oppression at the hands of the king.

But this does not last.

The time finally comes when Zélie has much to fight for. Something that could finally end the oppression of her people once and for all. With her older brother, Tzain, and her trusty lionaire, Nailah (a lionaire is essentially a lion, but about 2 or 3 times the size of a regular lion; it has saber teeth, and bull horns…basically a badass lion) by her side, Zélie vows not to fail no matter who stands in her way. The book is focused around her quest to right the wrongs that were done in the world when magic was stripped away.

Zélie, is completely relatable and she’s not the type to back down from a fight. In fact, she seeks fights time and time again. And she will not stop until she’s won. But deep inside that hardened, battle-ready teen is a girl who is afraid and has been hurt and loves fiercely and will do anything necessary to protect the ones she loves. She’s my hero. There aren’t enough fingers to count how many times I said “yaaass queen!” when reading her assessments and reactions to her situations and circumstances. No matter how afraid she was, she never let herself be the victim. There are other characters in the story, as mentioned above, but Zélie is obviously the main –she’s on the cover, stark white hair and all.

Children of Blood and Bone is the first book in a planned trilogy titled The Legacy of Orïsha. The legacy begins here and will continue in the second book, which is rumored the be titled “Children of Virtue and Vengeance.” I hope that title stays. It sends chills down my spine. The book is categorized as teen fiction, which makes me apprehensive at the best of times. Sometimes the books in this category can be a little predictable and nauseating. I was hoping that this book would be far different. I was hoping that it would be as alluring as its cover.

It did not disappoint.

There is so much praise surrounding this book and none of it is untrue as far as I can tell. Of course, this is simply my own opinion, but I truly hope that you will take the dive and find out for yourselves. The book, written by Tomi Adeyemi, pulls strongly on her Nigerian roots, as the characters speak Yoruba at multiple times throughout the book. The gods and goddesses have their roots in African deities. (Look up Orishan Gods). These facets made my heart soar—they’re so different from what I’m used to in a traditional fantasy book. I simply couldn’t get enough of it! While this was a book purely of fiction and Adeyemi’s making, I want to delve more into the cultural inspirations behind this book. Any book that makes me want to learn more about other things and seek more knowledge is a book I must keep on my bookshelf!

If I had to rate this book I’d give it a 4 out of 5. Adeyemi’s storytelling immediately intrigues you and pulls you in. Her vernacular is so descriptive that it’s exceptionally easy to imagine the landscape in which the book is set. Her character development is on point as you can feel every tear, every smile, every grimace of the characters. So why not a perfect score? Because of the romantic subplot. I know this is to be expected in a young adult fantasy novel, so I did brace myself for it. I can be super biased against the romantic subplots in a series because they’ve disappointed me so much in the past. (Side note: The Queen of the Tearling is a great young adult fantasy novel that doesn’t focus on a girl in love. In fact, the main character is completely relatable on an entirely different level). The romance in this book was not as nauseating as I expected it to be, though. This pleased me greatly, and I just hope that it stays as it is. It’s more realistic and less obnoxious. It did take an interesting turn that I didn’t see coming so, I guess it’s not completely cliché. What I love about Adeyemi’s writing is that the book is not centered around this love story. The romance blossomed towards the end of the book, so only she knows if her story will devolve into the cliché in the coming books, but let’s hope not because this book has so much potential. I don’t mind the romantic subplot in general, I just don’t want it to be the focal point of the story. If it takes a turn for the worst somewhere along the way, I might not continue with this series (I’m totally lying…this series is much too good to give up on).

The world Adeyemi has created is cause for celebration. It’s intriguing, it’s refreshing, it’s stimulating. It’s refreshing in the sense that it takes a turn off the beaten path as far as settings for fantasy books are concerned. The animals she’s created, the religion/mythology, the villages, the people—it’s everything my soul has been craving in a book. Her themes echo those we see in our everyday lives. There was a tug at my heartstrings every time I read about an injustice in this book and could place it within my own world. I haven’t felt longing for a book like this in a long time. I haven’t been able to relate to a fictional story like this in so long. I’m clearly not alone in the sentiment because it’s already rumored to be optioned for movies!! I love sappy love stories as much as the next person but I want this book to be more. I need it to be more. And if Adeyemi keeps writing like this, it will be.

I cannot wait to go back to Orïsha. 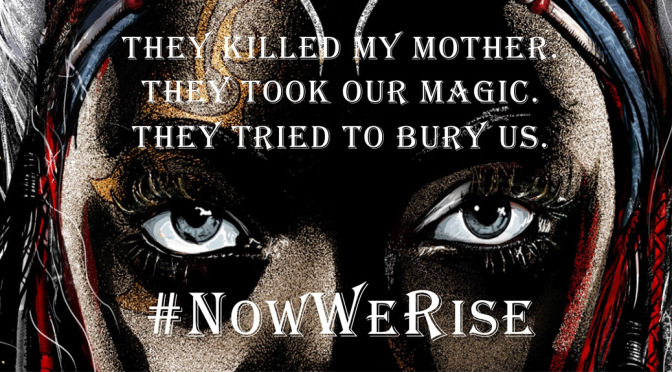