Now, I know for most people, like myself, all of our favorite TV shows have already ended. Many of you are probably sitting at home during the summer wondering what to watch  (since you probably don’t want to be outside when it’s crazy hot). Usually around this time, most of us are watching Game of Thrones, and are still winding down from the NBA and NHL playoffs. So, I compiled a list of shows that I’ve been checking out lately that I feel will help everyone get through the summer. This list may be a little bias because these are some of my favorite shows, so feel free to comment other shows you think people should check out.

If you’re a big wrestling fan, you’ll love Lucha Underground. If you aren’t familiar with Lucha, Season 1 and Season 2 are currently up on Netflix. Season 3 might be up also or coming soon. But this is a great show with amazing wrestling to get you out of the usual WWE RAW and Smackdown schedule…and to see some different talent. Lucha Underground is based on Luchador style wrestling and is located in California, taking talent from all over the world. If you can’t follow the story lines right away, they always talk about what happened in previous episodes and matches. Matt Striker and Vampiro are the commentators. Pentagon Jr. is the current Lucha Underground Champ and he has Zero fear.

Lucha comes on the El Rey Network on Wednesdays at 8pm, and another episode comes on at 9pm if you miss it the first go’round. They also put episodes and matches up on YouTube.

Season 3 of Colony has arrived and this season picked up right where the Bowman family left off after leaving the Los Angeles block with Proxy Snyder tagging along. The hunt for a new home and a safe place from the Gauntlet were in order. I was caught off guard when seeing the show was coming back because I honestly fell off watching this show. It was one of those shows I watched in my spare time. When Season 3 was announced, Season 2 went up on Netflix and I had a chance to get caught up to speed.

Now if you don’t know what Colony is about, aliens colonized basically all of the United States and various locations all over the world. They’ve made humans either into factory workers or you become part of the select few who have access to be able to talk, communicate (and have knowledge of) the host. For the most part this show takes place on the west coast in Los Angeles where we follow the Bowman family as they’re looking to get their young son Charlie back after losing him during the attack. Colony comes on Wednesdays at 10 pm on the USA Network.

Season 2 of Westworld has officially ended this week, but I’ve seen so many people say in the last few days, “Now I can go back and binge watch it.” Just like Season 1, this season had a very eerie feel to it like, there was more that meets the eye.

We start off seeing Bernard stranded on the beach with almost no memory of how or why he’s laying there. But we also see the massacre and fallout of what Delores did at the end of Season 1, and how all of the hosts are sort of picking a side or basically trying to figure out if they should join the fight and be free or just stay a host. Season 2 was really good. I’m glad it didn’t start off slow like Season 1 did. There’s so many plot twists and things that happen that will make you say, “Wow!!!” They also did a great job with telling the individual character stories, especially with the Samurai and also the Ghost Nation. Check it out. The ending is very interesting. Cant wait for Season 3. Westworld airs on HBO.

Cloak and Dagger is the newest Marvel show to hit the airways and they have a hit on their hands. Now, I know a lot of people are still skeptical of this show and I think it’s only because it’s on Freeform and not, say, Netflix. The characters are high school based, but this show is nothing short of great.

It follows the stories of Tyrone and Tandy, both polar opposite with one thing in common — the feeling of losing something that made their lives feel whole. This show is starting off really well with showing how each of their powers work and why they work in specific ways. I’ve never been a big Cloak and Dagger fan and never even followed the stories, but I’ve always seen them mentioned and I’ve seen pictures of them growing up while getting into Marvel. Tyrone has the gift of seeing what people fear and Tandy can see people’s hopes. This show is just getting started and comes on Thursdays at 8pm on the Freeform. 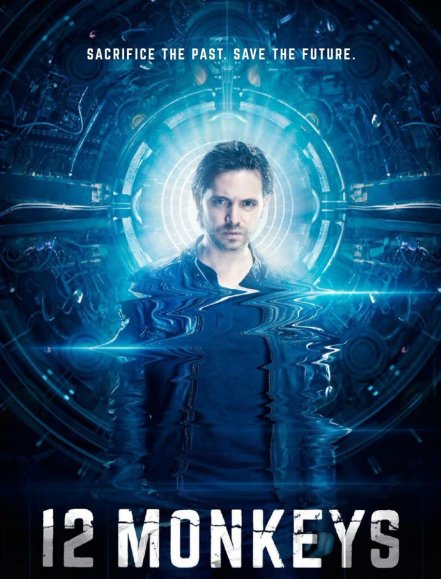 The final season of 12 Monkeys is here. Next week will be the final week of the 4-week long series finale. If you don’t have time to catch up all week long, make sure to binge watch the whole series once it’s over. 12 Monkeys is one of my favorite shows on the SYFY Channel. I’m so sad to see it go, but so far this season has been great at linking back to Season 1 and bringing in a few things also from the 12 Monkeys movie. If you aren’t familiar with the show, go watch the movie, but you can grasp the overall story just by watching the first season. If you know nothing about this show, we’re in the year 2049 and a dangerous plague has shaken up the world, killing off most of the population. A group of scientists and military men led by Dr. Jones try and travel back in time to stop this plague from happening. They enlist James Cole as the expenditure to complete the task, but it’s not as easy as it sounds. 12 Monkeys airs Friday nights at 8pm on the SYFY channel.

Into The Badlands just wrapped up a very short season, but it was crazy action packed nonetheless. This season was very different than the others. Everyone was very scattered around with Sunny and Bajie split up, MK feeling left behind, and Tilda on her own.

We start the season off with Sunny feeling anguish and guilt for being the one to be able to live while Veil is no longer around to help. Widow is still on her quest to be the top Baron, but a Baron of the people and not a slave owner. Everyone is kind of on edge this season feeling they have been betrayed in some way, shape, or form. Cant wait for Season 4. Into the Badlands comes on AMC.

Season 3 of The Expanse just wrapped up on the SYFY channel this week. Sadly, The Expanse has been cancelled by SYFY about a month or two ago, but was thankfully picked up by Amazon. We pick up where we left off in Season 2 with the team of the Roxy bringing aboard some new members with Ava and Bobbie a long for the ride.

This new season was very different from last season. It wasn’t as fast paced with gun blazing everywhere and ships exploding. It was very much a story in space with everyone trying to figure why everyone is fighting each other and what the pro-molecule is that’s attacking everyone. The team is in disarray and Holden is bugging out. I wasn’t fully engaged in this season, but not because of the slow pace, just had other priorities. Many times I had to come back and watch episodes. The ending of this season puts a lot into perspective and makes you wonder what’s next for the team. 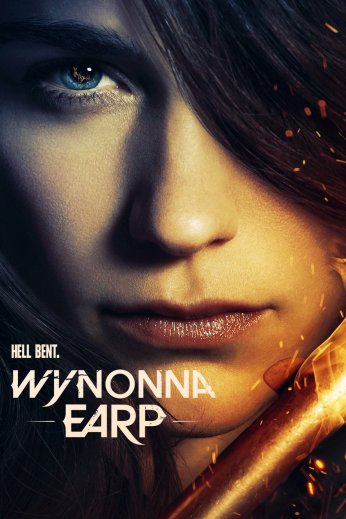 One show I’m really excited about that’s coming back is Wynonna Earp. I was a late comer for this show. A while ago, I saw the show mentioned on SYFY channel but was watching so much other stuff I didn’t have the time to watch it and nor was I really interested. Then, I binged watched Season 1 on Netflix randomly and loved it just in time for Season 2. Season 1 and Season are now on Netflix, if you’d like to catch up.

This story follows Wynonna Earp as she goes back home after her Uncle mysteriously dies. Her family is well known around town and also for the famous Earp curse that both her and her sister Waverly have been trying to escape from. This show has a kind of Supernatural feel to it that is very intriguing. Wynonna comes back July 20th on the SYFY Channel. 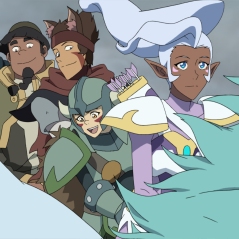 Sense8: The emotional rollercoaster of Sense8 had us. We thought this show was completely over and done for, but fans came out and rallied behind this show, making Netflix nervous about cancelling it. So, they ordered up a series finale. But I mean, the ending of last season left you with so many questions about what was going on, there was no way they could just end it like that.

The series finale was really good, and it felt really nice to have everyone physically together. Not just them seeing what the other person is seeing, but actually being together and fighting together. I wont lie the end felt a little long, but overall this finale was great and a better way to end the show. Sense8 is now streaming.

Voltron Legendary Defender: Voltron Season 6 literally came out of nowhere. Voltron staff just plopped a Season 6 poster on Netflix without warning or a trailer. It’s almost become expected of them to drop various episodes throughout the year since the show has started.

Season 6 picked up right up from Season 5. We find out the mystery of what’s been going on with Keith and Shiro. I won’t put any spoilers in here but it was amazing. The animation in these episodes was so beautiful. Lotor is also such a great character and villain. You’ll see what I mean once you watch. It’s always so heartbreaking being a Voltron fan because the episodes are short and the season is short, so you always end up wanting more. All seasons of Voltron: Legendary Defender are currently streaming on Netflix.

Luke Cage: Luke Cage Season 2 is finally here. A lot of people have been waiting for Season 2 since the hype from Season 1. I haven’t finished the season yet, but I only have one more episode to go. I won’t lie. The season drags, but the later episodes are very entertaining and the new villain Bushmaster is great. Misty Knight is also amazing in this season. Hopefully we get a “Heroes for Hire” mixed with “Daughters of Dragon” season before another Luke season…or do like how Marvel did with the Captain America movies and intertwine them with everyone. But I truly love all the music and cameos in this season so far. Luke Cage Season 2 is streaming now.

If you have any shows you would like to share please put them in the comments, we would love to check them out.

29 year old lover of Everything entertainment from Anime, to sports to music currently flipping between yu yu hakusho and gravity falls. I watch everything or try to watch it and don't mind giving an honest opinion. My favorite animes of all time are Cowboy Bebop and Gundam Wing I can't choose who's number 1, and I am an avid Battlestar Galactica fan (random fact) hope you guys enjoy what I have to say. Also you can follow me on Twitter when I live tweet tv shows follow me @bwoceo View all posts by stewypnewton