As you may have noticed over the last week or so the internet and critics have been raving about Netflix’s newest original film “Extinction“. Now I honestly stumbled upon this film one morning just clicking on Netflix and seeing Michael Pena starring in a Sci-Fi, me I love Sci-fi movies and shows, but in terms of Netflix movies things can always be a hit or miss, or can honestly be enjoyable to just watch something that you haven’t watched before. I clicked on the trailer and boom, this movie looks amazing, action everywhere, hold up was that Mike Colter, yes, yes it was. I was hooked the moment I saw the trailer , I told myself I would come back and check it out later over the weekend or week. Next day or so I see a few people talk about the movie, and then I see review headlines pop up about “why movies like this suck”. So I had to be the judge for myself and see what the movie was about.

Extinction stars Michael Pena as Peter, Lizzy Caplan as Alice and Mike Colter as David, this film is set in the near future as Peter is struggling with visions and nightmares, but he cannot understand why he is seeing these nightmares. Peter’s home life is on the brink of failing since his wife Alice is starting to fear he is not trying hard enough to get help and be there for her and their two girls. Peter believes what he is seeing has to be real or some sort of premonition and can’t understand why no one else is having these nightmares or can see what he sees. 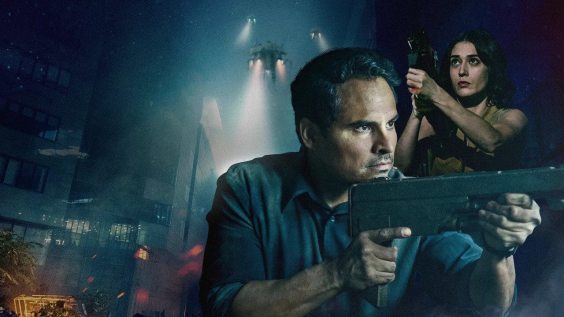 Now I have seen people on twitter and headlines say that this movie was trash, and I will be the one to say do not listen to all of the critics. This is one of the few Netflix movies you will want more background story on and wonder what happens at the end, and what made things the way they were. Most people who say they are Sci-Fi movie buffs are only going based off of movies like star wars, blade runner, all of the cult classics; when you have to realize not every film will give off that same energy or feeling, and there are so many different variations to how these films can be shown and written. Extinction is one of the few Netflix films where you were satisfied with the end, but also waiting for a sequel to be announced or a prequel to the movie.

Throughout this film we see that Peter is having nightmares of an Alien invasion, he is passing out anywhere and everywhere, missing appointments and dates. Alice is starting to worry that the nightmares are maybe just some trauma that he has yet to deal with in his life and that he is more obsessed with what he is seeing then his own wife and family. Alice is starting to feel neglected as do Lucy and Hanna. Hanna being the oldest daughter is starting to resent her dad because of all of his broken promises, while Lucy being young is more so afraid that her dad won’t be ok.

Peter’s boss David is starting to see a change in him, and is hearing from Alice and other people and is starting to worry for his well being. David suggest he goes to a place that will help with the nightmares, but Peter is reluctant because he believes he doesn’t need a shrink until he passes out at work and is late for his dinner date with his family. 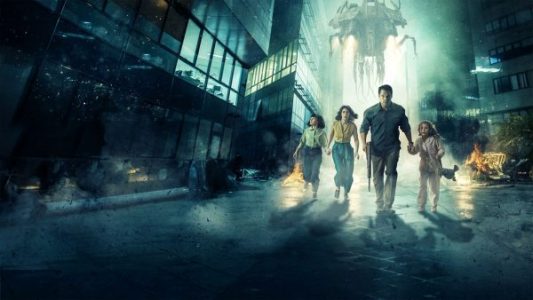 Alice and The family later that week have a dinner party with all of their friends, and Peter is the only one trying not to socialize until the neighbors husband comes to talk to him on the balcony about also feeling different and seeing things. Soon after this conversation there are lights and flashes in the sky that everyone can see and that Peter is after all not dreaming an invasion has finally occurred. The Aliens blow the city to bits, invading and running into building killing anyone and everyone that stands in the way. The Aliens have this exoskeleton that would remind someone of like a mixture of Aliens and Godzilla formed into a body suit.

The Aliens have destroyed most of the city, and Peter and his family have already fought off one of the aliens in their home after one of the Aliens almost attacked Lucy. I loved the way in that scene also how we almost saw the aliens face, but it was also still a mystery as to what these grim creatures really looked like. And in these first couple of scenes in the invasion it almost feels like the Aliens are looking for someone specific like yes they want to kill everyone, but it almost seems like they are looking for a like a leader or someone important. 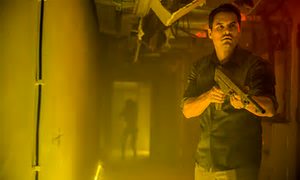 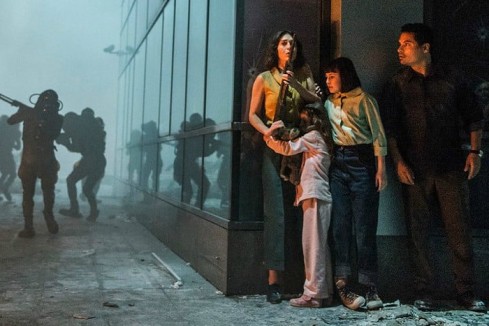 I wont fully go into the rest of the film, because there is a big plot twist, that changes the shift of the movie. This makes me think maybe this is why some people didn’t like the film itself because sometimes when you see the plot twist it can make or break a movie after all of the action started to really pick up. But I honestly really liked the twist and that it was just different then what I expected it to be. Sometimes with movies like this you can predict the normal Alien invasion, people die, people get captured, someone gets eaten or maybe is taken over by the alien. So of course we’ve seen all of those kind of movie, but you’re still intrigued to see what happens next.

The Plot twist of this film, it puts a different perspective on what is happening, and you finally understand what Peter is seeing and going through, and you have to wonder why he all of sudden started to see everything at this point in time. You also have to put into question who are the real aliens and if something like tis could ever occur. Would the human race be obsolete and be overthrown by another species, or would humans find a way to fight back.  I think what might have turned some people off was that we only followed one specific family and also one specific Alien that we didn’t see like the inside of a mothership and things of that nature, but I like that we didn’t and the story kept unfolding. 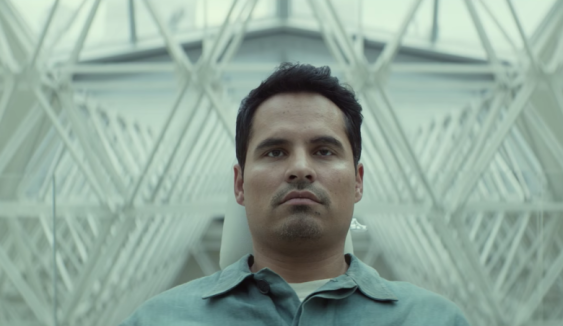 Watch the film, don’t listen to people who are critics or are considered Sci-Fi movie buffs and that they know how every movie is supposed to look or turn out. Does this movie have flaws of course, could something have been better definitely, but don’t write off a film because it doesn’t look or feel like how you predicted in your mind before even clicking just because you figured this would be like every other Netflix movie. This almost in a way and I hate to say it reminds me of like a Black Mirror episode almost, like you could see this twist and plot in like the twilight zone or Black mirror. This movie you could also tell had a very good budget based on a lot of other flicks that I’ve seen. So be an adventurer and take the dive, and watch something interesting.