If you were planning to see Teen Titans Go! To the Movies this weekend — DON’T…unless, your movie partner is 10-years old. As expected, the movie is totally meant for kids. Die-hard DC fans will be disappointed. The comic book giant did NOTHING to make the film more engaging for its older audience.

Well, maybe not — nothing.

The cameos and comedic stabs at themselves and rival, Marvel, were hilarious and remarkably done. They also spoofed a few 80’s movies, which offered up a chuckle or two. But, most of the humor and “fun” was actually driven towards children — which, to be honest, is the point.

Teen Titans GO! is a children’s program on Cartoon Network, that’s dedicated to silly, child-like humor. They do butt jokes, sing playful songs and taunt each other (and their enemies) in almost every episode. And usually, there’s a message in there about the importance of teamwork and friends. The movie was nothing different. It was like watching an hour and half long episode that probably should have just aired on Cartoon Network in the first place.

But, giving credit to where it’s due, the film’s latest Rotten Tomatoes score is 91%, which basically says audiences are loving the HECK out of this movie. Must be the kids. Avengers: Infinity War’s score is 83%, and that movie was AMAZING! Granted, the ending left most people down right depressed.

The plot is simple. Robin (Scott Menville) is jealous by everyone else getting superhero movies, specifically Batman, so he wants a movie too in order to be acknowledged as a real superhero. While trying to fulfill his Hollywood dream with his Titan buddies, his plans are thwarted by a super villain who has other plans for the Titans — and the rest of the superheroes too. 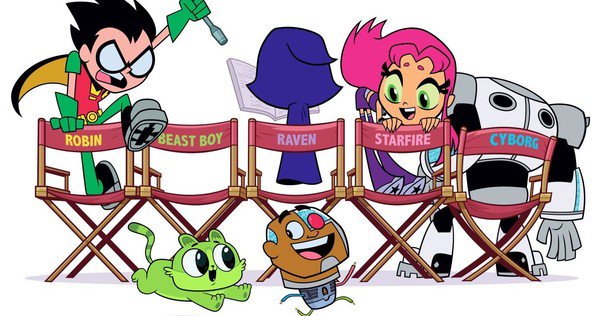 The entire Teen Titans Go! cast, Scott Menville, Khary Payton , Greg Cipes , Tara Strong, and Hynden Walch (who also voiced the original Teen Titans from back in the day) are leads in the movie. Other big stars are Will Arnett (Slade), Kristen Bell (Jade Wilson), Nicolas Cage (Superman) and Jimmy Kimmel (Batman). Even Stan Lee shows up — like in every other successful superhero movie. (Yep, that was shade right there). Overall, they chose a pretty talented cast and, honestly, everyone did a good job with the script they were given. Most scenes were likable and that’s because the actors hold each character down. 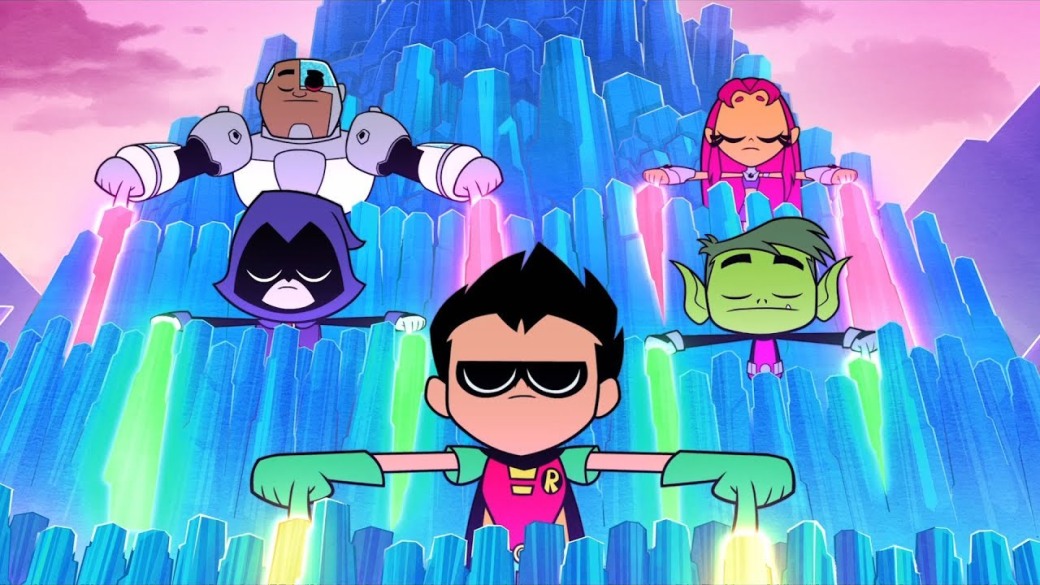 You can’t deny DC’s animation skills. They really used this film as an opportunity to show off everything they have. The animation was phenomenal! Mainly because of the number of animated styles they illustrate at different points throughout the film. It was cool to watch and made the movie more dynamic.

As mentioned, the humor about themselves and Marvel were also great. It was crazy how they incorporated so many DC comicbook characters and flawlessly made so many “nerd” references. It was like watching Deadpool — the “G” rated version. Definitely had a few laughs from these, especially that BVS joke — oh, the hilarity that is DC. But what was also great, was the fact that the jokes for kids were actually funny to kids. A twerking Robin didn’t get a laugh out of the adults, but kids throughout the theater enjoyed it a little too much!

The importance of friendship and loyalty being the main message was well received. Especially, the point of not turning your back on those who care about you most. Good family movies should have favorable messages to share, so the nuggets of positivity and encouragement were welcome.

What was not so great…

The movie is geared towards children, so the film is written to be immature with child-like entertainment. The comedy isn’t clever, like with successful Disney Pixar films. It was so bad at times, that a few lone adults decided to eat their cash and walk out of the film midway. Usually, there’s a nice balance for both adults and children to enjoy. Unfortunately, this wasn’t the case for Teen Titans Go! To the Movies.

Humor aside, the storyline could have been stronger…maybe more meaningful. DC’s Animated Universe is usually on point when it comes to movies. The stories have depth, the action is incredible and the characters are unforgettable. Under the Red Hood STILL gives immense joy to DC fans EVERYWHERE! TTGTTM’s plot is lacking, and it’s extremely disappointing because the studio is incredibly talented. They could have done better.

The TV show is definitely more preferable than the movie. The insanity of Teen Titans Go! is easier to digest in 15 minute segments versus a full blown 90 minutes.

So, make sure to Bring. Your. Kids…otherwise, you’ll just suffer through it. If you don’t have kids, wait for the film to drop on digital — to fast forward. The ONLY perk about going to see the movie was its end credit scene. Woah, buddy! It was good.