Do you know the difference between being a collector and a flipper? Well, the difference is based on what you plan to do with the prized collectible after you buy it.

A collector will add it to their ever growing collection, while a flipper will seek out its high dollar value just to turn it into profit. That may not sound like a very big deal to you, but to collectors, a flipper is the bane of their existence — all flippers do is make things harder for legitimate collectors.

Being a collector you’ll know two things:  First, you’ll learn quickly that not all Funko POPs are created equal and that there’s a limited supply with great demand for certain Funko POPs. Second, never underestimate the other guy’s greed, (THANKS TONY MONTANA!!).

Looking back at the 90s 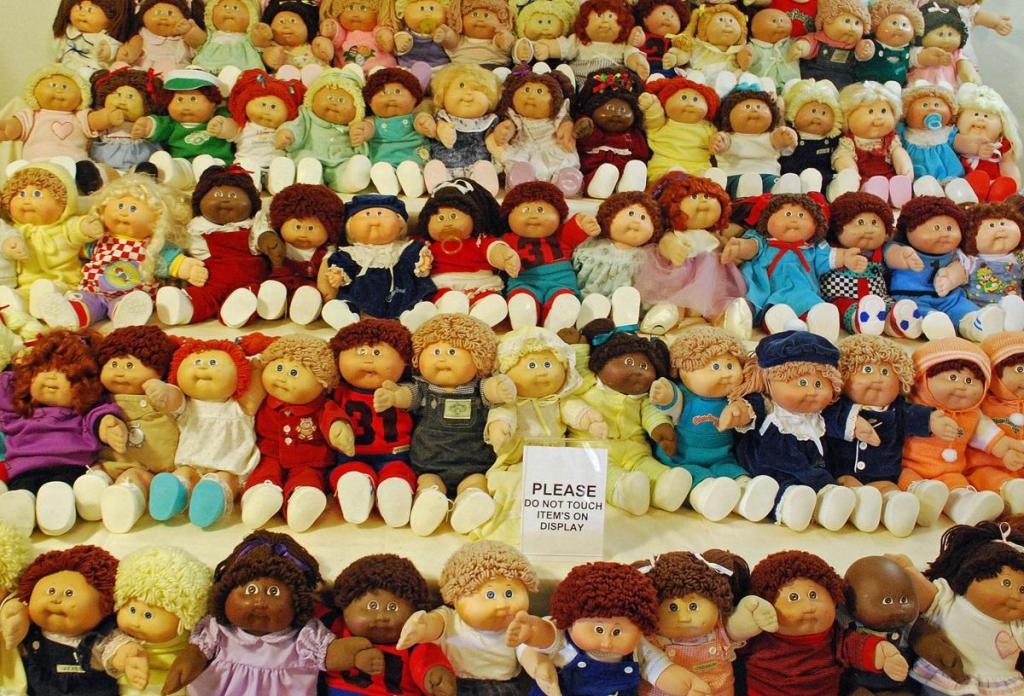 Did you know that when the Cabbage Patch Kids came out, they were retailing for $40.00, only to be resold by flippers for up to $1,200.00!!! And when the demonic Furby dolls came to store shelves everywhere, they were an instant success. What originally sold for $25.99 would be resold for hundreds of dollars. With the resurgence of the Furby brand, if you’re lucky enough to still have yours, you can now get a hefty price for it. Go look on Ebay, I’ll wait. . . See? $700.00 dollars for a cigarette stained box housing a “vintage” Furby inside.

Like mostly everyone, when buying/selling something on Craig’s List, do you request to meet in a well-lit, safe, public place? Well, it’s not always the best tactic. At least this wasn’t the case for a Delaware man a few months back that was selling a Chase POP on Craig’s List. He posted the ad and set up a time and place to meet the potential buyer in a local grocery store parking lot. His buyer showed up, money and POP exchanged hands, and both parties went on their way, happily. Or so the seller thought. The buyer and an unknown accomplice followed him home and held him at gun point while they robbed him of his ENTIRE POP collection, a collection of rare and hard to find valuable POPs worth thousands!

Do you like Twinkies? Would you steal for Twinkies? How about beat up two elderly people for a Twinkie? Are you old enough to remember the Twinkie’s animated spokesman from the 70’s? Well, Funko made a POP out of him (along with other cereal box characters and cartoony spokesmen). A Florida man (stay classy Floridians), Charles Porter, 34, from Flagler County, Florida is a flipper that would buy valuable Chase POPs and resell them to collectors online. Charles had six Chase Twinkie the Kid POPs already but since they go for up to two hundred dollars online. I assume he figured he could make more easy money out of another one.

Sandra Montgomery, 64 and her son, Paul Roth, 41, had gone to their local Target superstore solely to purchase the coveted Chase Twinkie the Kid POP. After buying the POP, Mrs. Montgomery left the store to leave while her son, Paul, stayed behind to buy other items. As Mr. Roth exited the store, he said he had noticed a man, later identified as Mr. Porter, stalking him!

Almost immediately, Porter began an argument with the both mother and son ending with Porter suddenly striking Mr. Roth in the back of his head, knocking him to the ground, and turning his anger out on the elderly Mrs. Montgomery. He punched her directly in her face as he wrenched the POP out of her hand. As the coward turned to flee, Mrs. Montgomery made a futile attempt to grab at Porter and he flung her to the ground with enough force to render her unconscious! He then fled the scene in his super-sweet Honda Accord. Unfortunately for him, the entire event was well documented by Target’s security cameras. Mr. Roth even recorded the incident and was corroborated by eye witnesses to the assault.

Mr. Porter was apprehended soon after the event and stated to the Sheriff’s Deputies that he did take the doll from her and that Mrs. Montgomery was “wrong.”  He denied assaulting Mrs. Montgomery and her son. Thankfully for Mrs. Montgomery, Mr. Porter was arrested for two counts of assault and battery and robbery. He is being held in the Flagler County Correctional Facility on a $13,000 bail. In theory, he could sell his collection of POPs to try posting his bond!

The point is this — are you a collector, a super fan for whatever POP that you purchased? Or are you a flipper, a person that resells valuable collectibles to make money off of real fans? Now, in no way am I condoning or condemning anyone that does resell their collectibles to make extra money, but to do it like these flippers did is just low.

Some flippers have a greedy look in the eye, and will fuck everyone else out of a $15.00 exclusive just to try to resell it to the poor folks that didn’t camp outside the store the night before a release. They’ll immediately buy all five of the exclusives before anyone else gets a chance to walk into the store. Forcing real fans to buy them online for ten times the price! Jerks.