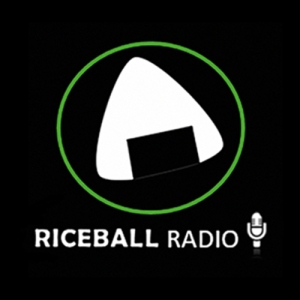 Listen to RiceBall Radio every other Wednesday at 7 a.m. EST.

Description: In this episode we’re breaking down WrestleMania 33 Weekend!! A conversation with our wrestling analyst May25th and special guest, JOBO.

Description: The up and coming artist, May25th, visits the studio to chat with us, we discuss M. Night Shyamalan’s “Split” and May25th tries his hand at the Infinity Gauntlet.

Description: We discuss Obama’s Farewell Speech, quick bites of nerd news and info, then Soulja Boy takes a seat on The Bench.

Description: We’re looking back at 2016, discussing Rogue One, Gutty tries his hand at the INFINITY Gauntlet, and we list Gutty’s Top 5.

Description: The first episode of RiceBall Radio hosted by: AmniFlux & Gutty. We are the Voice of the Fan! Here to Feed your Inner Nerd. This episode discusses: Pokemon Sun & Moon, Dr. Strange, Quick Bites of Nerd News and Information, and Tomi Lauren Takes a Seat on the Bench. Join the conversation.